On the first day of 2017, different volcanoes exploded around the world.

Strong explosions were reported at Colima (Mexico), Sabancaya (Peru) and Sinabung (Indonesia), while enhanced activity was observed at Etna (Italy).

The Colima Volcano threw a column of gas and ash at 800 meters above the summit on January 1 and 2 2017. 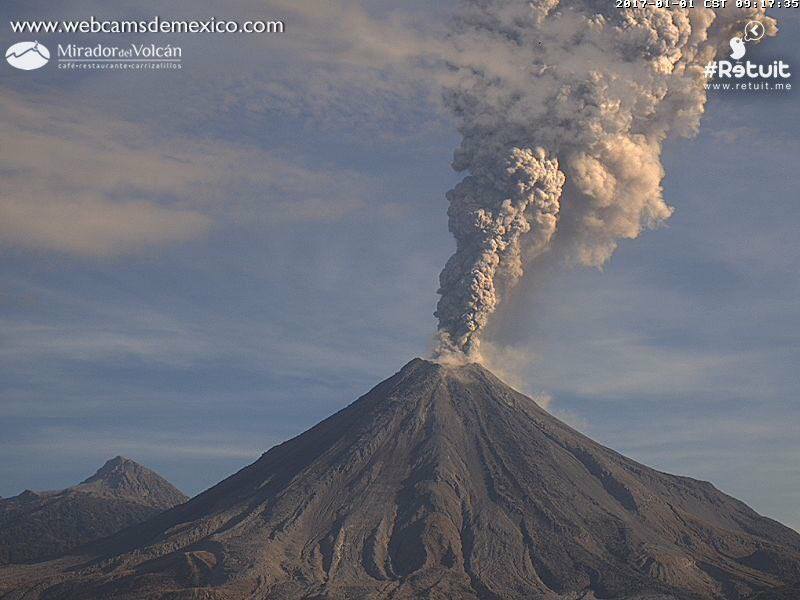 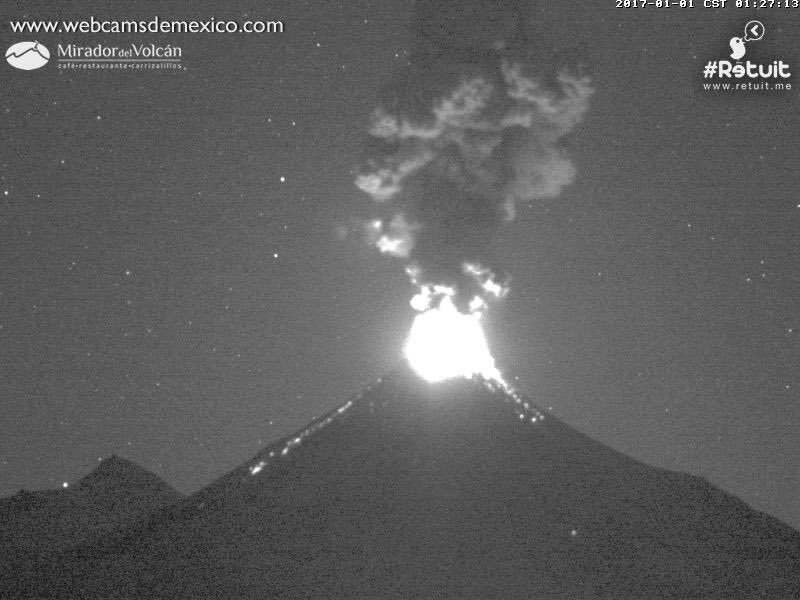 Here a video of the last explosions:

The enhanced activity of Sabancaya volcano in Peru worries the authorities of Arequipa as the newest eruption of the volcanic peak sent a plume of ash and gas 4,800 meters above sea levelon January 1, 2017.

Here a video (in spanish) about the critical situation in the area:

Finally, the Etna volcano is showing incrinsing signs of volcanic activity in these last days. Is a new eruption underway?

There are currently 28 erupting volcanoes and 26 showing increased activity. The entire world is rumbling. Tomorrow some others will wake-up. Get prepared… In any cases!