Scientists are still unsure about the cause of the strange phenomenon. They suggest a mud volcano may have been responsible for the mysterious geyser that ejected the water several meters in the air.

The strange and sudden geyser happened in front of baffled fishermen on March 16, 2017. In the background you can see the sea surging. The foam swells intermittently releasing water, mud, gas and debris. According to the fishermen, they didn’t film the acute phase of the strange underwater event as they were afraid and believed they would have to leave the spot right away. 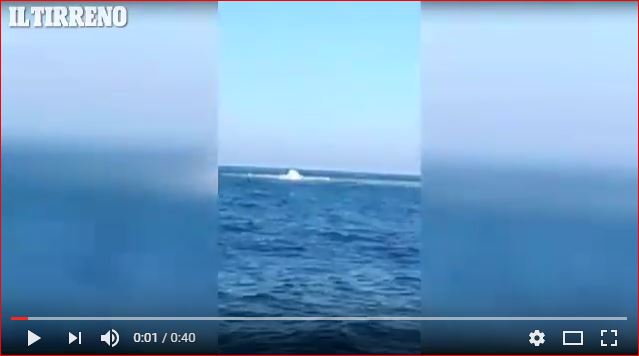 Meanwhile, researchers are analysing the water, where the underwater phenomenon took place. First investigations conducted by the experts of the Institute of Geophysics and Volcanology (INGV) show that the mysterious water fontain was most probably triggered by a still unknown mud volcano eruption between the islands of Montecristo and Pianosa.

The chemical analysis of sea water showed a significant increase in the concentration of methane in the water. However, submarines did not identify any local thermal anomalies.