Strong phreatic eruptions at Poas volcano have been recorded between April 12 -14, 2017.

Ashfall has been reported in the communities of Baja del Toro, Fraijanes and Sarchí.

The torrential rains that fell at night created lahars in the Desagüe and Agrio y Gata rivers. Evacuations took place along the two rivers.

A field inspection on 13 April revealed that a crack appeared in the outer wall of the main dome.

Many impact craters have been noticed, formed by the fall of fragments of ancient rocks.

The National Park of Poas was closed preventively on 13 April.

On April 13, at 15:46 local time, a new phreatic episode lasted 8 minutes, and was accompanied by a plume rising 500 meters above the crater.

Again on April 14, a strong eruption occurred sending a plume of ash and gas several thousand meters above the crater.

New period of eruption at Etna

A new eruptive episode has started on April 13, at around 10 pm at the southern base of the new south-eastern crater at Etna volcano.

A weak strombolian activity is visible also at its summit. 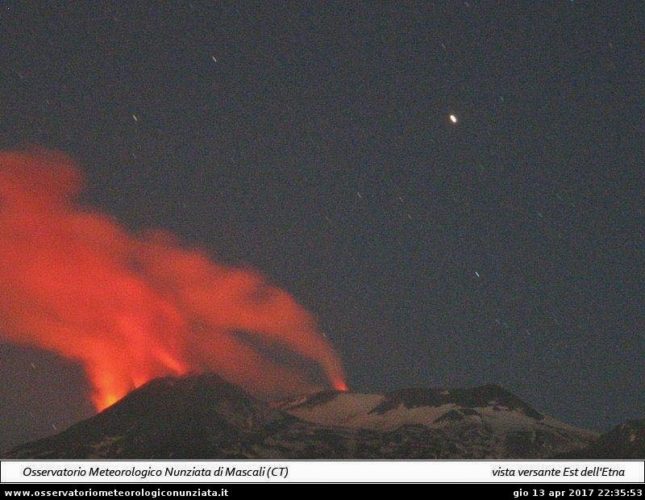 Now I wish you a fiery Easter. Take care.