Tens of thousands of mandarin fish died overnight in China.

Fishermen are baffled. The cause of this new mass death is under investigation but remains unknown. 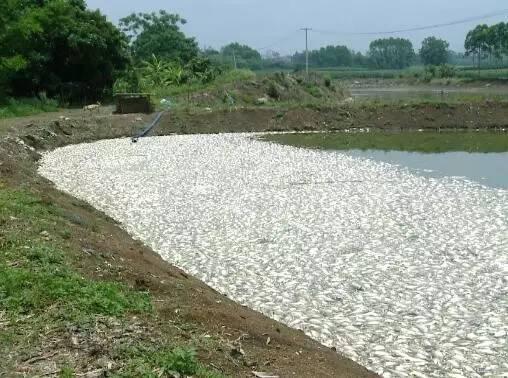 Acording to Shuichan, Mr. Chen and several friends contracted four fish ponds. On May 18, a vigil workers reported fish behaving abnormaly in one of the pond. The next day already, the pond had turned white following the mass death of all fish. 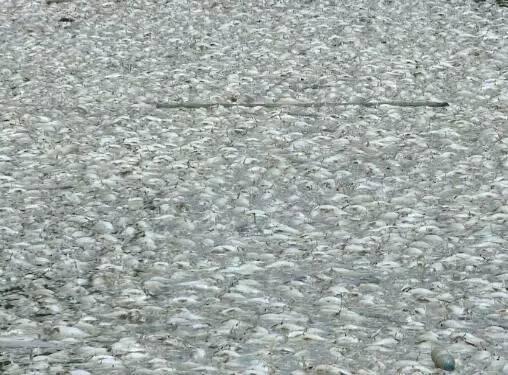 It is still unknown how fish have died, but acording to first investigations, the fish died strangely. If the cause of the death is low oxygen, the fish wouldn’t have jumped like crazy out of the water. Such weird behavior is normally observed during poisoning. 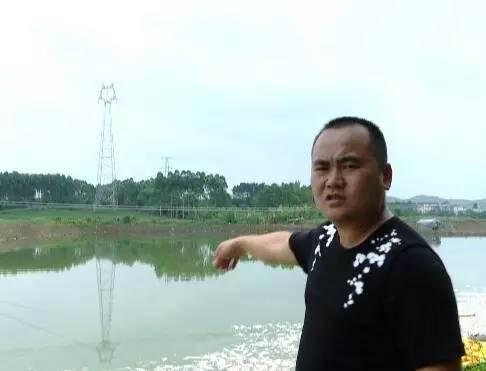 It is also weird that the fish only died in a pond and not in all ponds. In early April this year, the fish ponds had been disinfected. The water drained downstream to another fisherman’s pond. Surprisingly, after the drainage, 2000 pounds of silver carp died in the downstream fish pond. 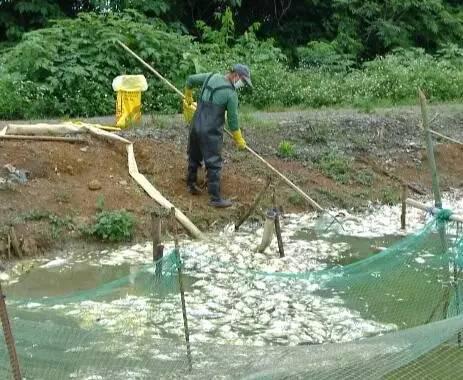 Since then, the ponds aren’t linked to each other anymore. But did the owner of the downstream pond poisoned that of Mr. Chen? Chemical investigations are underway. Meanwhile, Mr. Chen lost more 100,000$.