‘Blooming’ might be the last word to associate with the Arctic.

This surprising phenomenon reminds me of desert bloom events during which wide variety of flowers blossom in years when rainfall is unusually high in various deserts around the world. But finding flowers growing at a distance to North Pole of only 1043 miles, that’s even more baffling.

So Why This Vegetation Grows Luxuriantly in Siberia?

Initially ice veins in permafrost were broken when people dug sand pits. Over time, disturbed permafrost thawed and enriched soil with minerals from its deep frozen layers. As soil above permafrost continued to move, broken cover of moss and lichen also subsided, preparing space for seeds of herbs and cereals.

Warm summers sped up seeds germination, so that when Russian researchers arrived they saw carpets of herbs and flowers, with daisies, dandelions, polar poppies, horsetail, several types of wormwood, cereals and even willow growing in Arctic ‘oases’.

The goal of the summer expedition was to study dried-up basins of local lakes, or ‘Khasyreys’ in the Yamal peninsula, a place in northern Siberia known for its gigantic craters perforating the icy ground.

It is ‘normal’ to find luxuriant vegetation in such lakes. However, nobody expected to see signs of such active vegetation elsewhere.

In summer 2016, a lake disappeared in less than a month through fissures in its bed. By the time scientists reached the lake, it was already covered with herbs and cereals. Although Khasyreis usually form over years. However, this event shows that those dried-up lakes take only weeks to birth.

Russian researchers concluded that Khasyreis were forming much faster during the past 30 years, doubling the number of such landscapes in Arcric tundra and, showing there is tendency for the Arctic to become warmer and greener.

It is very surprising to discover oases of lush vegetation so high up in the Arctic. In the future, changes and expansion of the Arctic flora might lead to appearance of a bigger variety of fauna and bring over animals that have never populated this area. [Siberian Times] 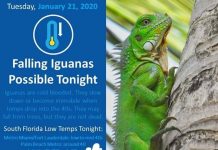 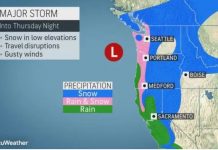 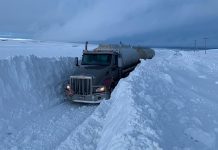