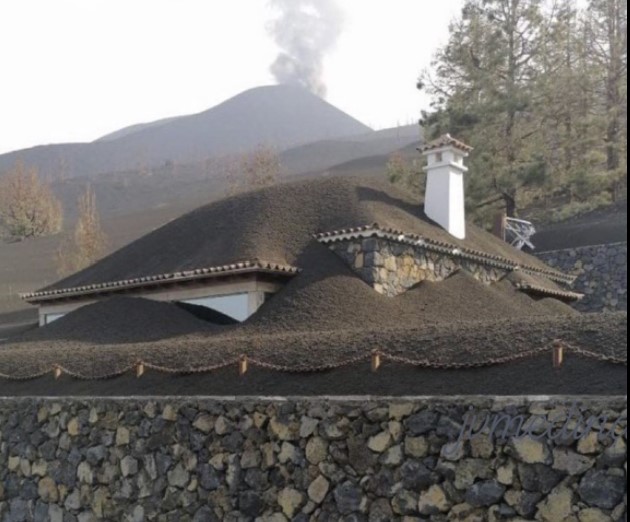 Here’s an update about the current state of the La Palma’s volcanic eruption as of September 28, 2021.

Lava flow falls into the ocean:

Breaking: The stream of lava from the volcano in La Palma will soon reach the ocean!

ALERT 🚨 The lava of the active volcano, on the Spanish island of La Palma, has reached the coastal line and is about to flow into the ocean (sea). pic.twitter.com/ld71E0c20M

Lava is just a few meters from the Ocean:

The following animation shows the area of exclusion.

Just a few hours ago, lava was currently 800m from sea and residents in La Palma have been told to stay indoors.

Meanwhile, the lava flow has accelerated in the descent from the Mountain of Tres Picos in Tazacorte, after coming down the Pampillo Core and has also buried the La Costa highway, the last connection to the Southwest of the Island from the Aridane Valley.

There are fears that if the lava from the La Palma volcano reaches the sea it will react to create clouds of toxic vapour full of hydrochloric acid.@RLCotterill has the latest.

River of lava flowing from the Cumbre Vieja volcano on the Spanish island of La Palma after new Strombolian explosions.

NOW – River of lava flowing from the Cumbre Vieja volcano on the Spanish island of La Palma after new Strombolian explosions tonight.

16 tremors registered today in the south raise fears that another volcanic center may open soon.pic.twitter.com/ywweo8mf0v

Sulphur dioxide will reach Svalbard archipelago, a Norwegian territory in the Arctic Ocean with one of the world’s northernmost cities, Longyearbyen.

The streets of La Palma have been stained grey and black for a week due to the ash falling from the Cumbre Vieja volcano, causing serious problems to the citizens and generating a threat for October, when the rains will arrive on the island.

The lava from the La Palma volcano has entered the banana plantation area and has burned plastics from greenhouses and fertilizers (NOT WATER TANKS), creating a toxic cloud. According to authorities the gas is already diluted…

Spain’s Instituto Geográfico Nacional (IGN) has detected six earthquakes in the area affected by the volcanic eruption of Cumbre Vieja, on La Palma, with a maximum recorded magnitude of 2.9 in a seismic movement that occurred 10 kilometers deep… Is a new vent about to open in the tsunami prone area?

And here another map:

One home on Spain’s island of La Palma is being called a ‘miracle house’ for narrowly avoiding being swallowed by lava. Volcanic eruptions have destroyed at least 200 homes and led to 6,000 evacuations, but somehow this one lucky house was spared. pic.twitter.com/AevthSYHYK