A rain forecast for La Palma has triggered concerns about torrents of water that could form over the water-resistant lava.

In Tazacorte, one of the hardest-hit municipalities, there is a 95% chance of rain on Saturday, according to the national weather service Aemet.

Officials from the Canaries Volcano Risk Prevention Plan (Pevolca) have advised residents to clean the ash off their rooftops to prevent it from mixing with the rain and creating a heavy buildup that could damage structures.

The most active lava channels (bright yellow and orange) can be clearly distinguished from the piles of colder and darker lava flows that have been piling up, overlapping and merging to form this destructive lava field.

The DNS report also notes that lava streams in the northwest have now merged and appear to be taking a southwest direction.

A second lava flow is about to enter the ocean, raising concerns about toxic clouds and other lockdowns. The first lava stream hit the Atlantic Ocean two weeks ago and has since formed new land covering more than 40 hectares on the La Palma coastline.

Here are some pictures showing the damage that has been suffered on the ocean’s floor: Seabed and marine life covered in volcanic ash:

Yes, the seabed is just covered by big blocks of lava or ash

A team from the Canaries Volcanology Institute (Involcan) has shared a video with close-up images of an eruptive vent in the volcano, noting that this is the first time that volcanologists have reached the site.

These scientists are taking samples of red-hot lava from the Cumbre Vieja volcano. Impressive!

Most of the seismic activity of the last few weeks has been taking place in the area of Fuencaliente and Villa de Mazo, in southern La Palma. María José Blanco, the scientific spokeswoman for Pevolca, said on Thursday that fewer tremors are taking place, but noted that their magnitude remains high. 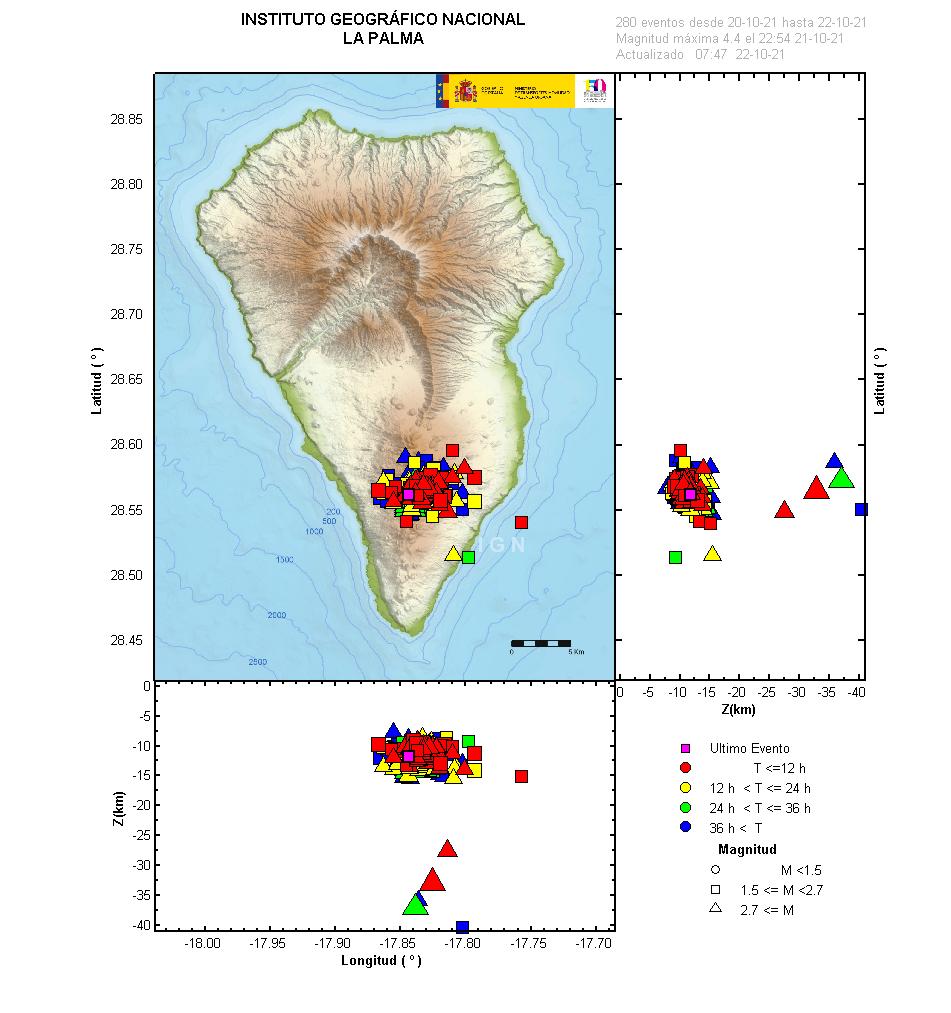 According to the lastest figures collected by Copernicus EMS, the lava is now covering 886.1 hectares, with 2,185 buildings destroyed, an increase of 229 in 48 hours. The volcanic ash is covering over 6,800 hectares (16803 acres).

Since the beginning of the eruption, more than 7,500 people have been evacuated.

The relentless advance of red-hot magma continues to creep into the Spanish village of La Laguna, where around 7,500 people have been evacuated since La Palma’s Cumbre Vieja volcano first erupted over a month ago. pic.twitter.com/4mkKOjZVHp

The tsunami is near! Be ready!