A “weak explosion” was recorded at Mt. Pinatubo on Tuesday, said the Philippine Institute of Volcanology and Seismology. The ash plume reached 30,000ft (normal altitude after a strong eruption of any volcanoes around the world).

“The event produced a plume that was detected by the Himawari-8 Satellite and reported to Phivolcs by the Tokyo Volcanic Ash Advisory Center,” said Phivolcs. 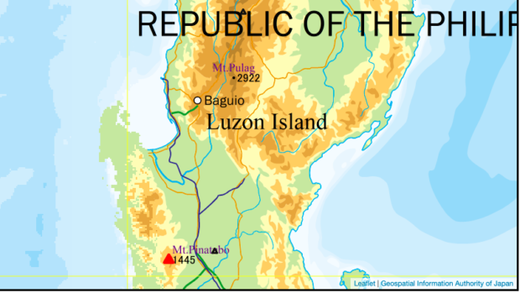 “The seismic and infrasound signals are not typical of known volcanic processes and are currently being evaluated together with other potential sources,“ it added.

Phivolcs explained that there has only been very low seismic activity in the past days. The Pinatubo Crater Lake yields low diffuse volcanic carbon dioxide flux at only 257 tonnes per day.

However, Phivolcs warned the public not to enter the volcano’s vicinity at this time.

Local government units were advised to prohibit entry into Pinatubo Crater “until the source of the above explosion event has been determined and to report to us any related information.”

A weak explosion has been detected at the Mount Pinatubo volcano in the Philippines 🌋@phivolcs_dost reports that the seismic and infrasound signals are not typical of known volcanic processes and are being investigated.#PinatuboVolcano pic.twitter.com/gVgjeNJIhQ

“Communities and local government units surrounding Pinatubo are reminded to be always prepared for both earthquake and volcanic hazards and to review, prepare and strengthen their contingency, emergency, and other disaster preparedness plans,” Phivolcs said.

Mt. Pinatubo last erupted on June 15, 1991, and was considered the second-largest eruption of the 20th century. [Inquirer]

A ‘weak explosion’ from Mt. Pinatubo produced a plume which reached beyond 36,000 ft. I don’t want to imagine what a strong explosion would bring. https://t.co/lrqqT10jQg