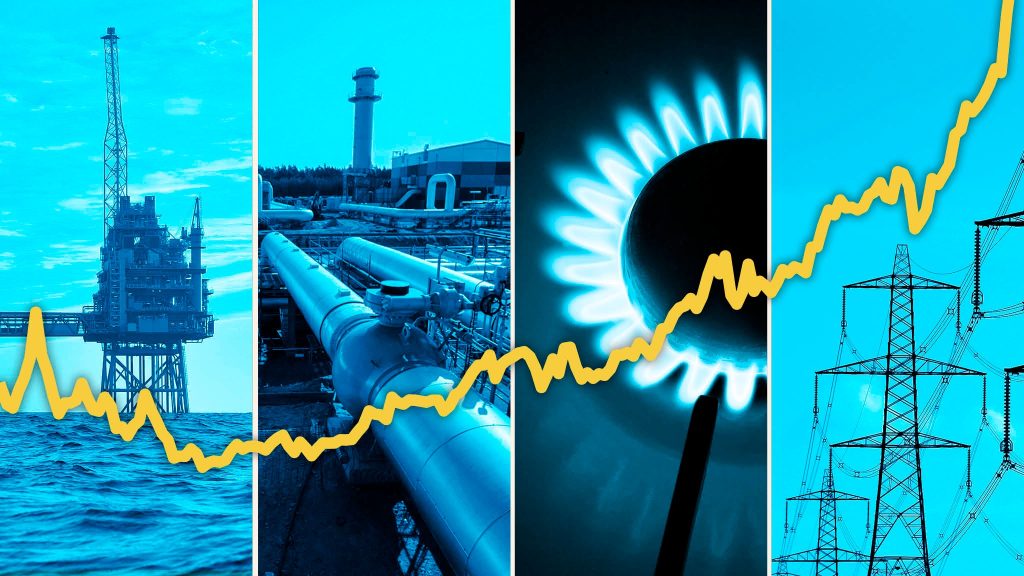 It looks like fertilizer and gas will become even more expensive in the coming months. Inflation of food prices will increase even more!

Germany has begun searching for alternative gas suppliers in the event that imports from Russia are interrupted due to tensions in Ukraine.

Fossil gas covers more than 25% of German’s energy consumption, all of which is imported cheaply by pipeline from Norway and Russia.

But as tensions mount in Ukraine, politicians in Berlin are getting anxious. In a near total reversal of the German position, Berlin is now looking at importing liquified natural gas (LNG) from the US, Qatar and other potential suppliers.

Robert Habeck, the German Vice-Chancellor and minister for the economy and climate protection, made it explicit during a session of the German parliament on 26 January.

If gas cannot be imported via pipelines, Germany “would have to purchase LNG,” he said.

However, importing “LNG would require the necessary infrastructure,” he added, and there are currently no import terminals in Germany.

Importing LNG has until now been considered economically unviable in Germany, and most projects were shuttered as a consequence. The country once sought to build LNG terminals in the harbours of Brunsbüttel and Stade, but these projects “thus far could not be financed privately,” Habeck explained.

“We will now address this question vigorously,” he promised, saying US supplies of fracked gas would not be given preference. “Where the LNG comes from will also be market-driven. We should buy where the LNG is cheapest.”

Habeck’s comments on LNG signal a shift in policy for Germany, which could also benefit neighbouring Czechia. Germany does not have any LNG terminals but it could import LNG from neighbouring Belgium (one terminal), France (four), Lithuania (one), the Netherlands (one) and Poland (one).

Until now, security of gas supply was taken for granted because of Germany’s “tight mutual dependence” with Russia as the main supplier, said Markus Krebber, the chief of German utility RWE.

“We need Russian gas and Russia needs foreign currency,” Krebber told German newspaper FAZ. Sure, “there have been tensions before, but the gas has always come,” he added.

But as Germany’s gas storage hits record lows and Gazprom appears reluctant to fill its own storage capacity, positions are shifting.

“UGS facilities in Germany and France are 37% and 36% full,” added the company.

If all gas deliveries from Russia were halted, it would get “very cold and expensive” for Germany, Markus Söder, minister-president of Bavaria, told FAZ.

Whether flats would get cold once “Putin turns off the gas valve” has been on German minds since Russia’s annexation of Crimea in 2014.

But this is unlikely to happen for now, experts say. “No, it won’t be” cold in German flats if gas stops flowing from Russia, explained Simon Müller, director of German operations at Berlin think-tank Agora Energiewende.

A rise in “imports of liquefied natural gas” and “large gas storage facilities” could combine to cover a “short-term” breakdown of imports from Russia, Müller explains – “provided the winter is not too harsh.”

And if things turn for the worse, industry would be cut off first and “the heating needs of households would be protected,” he said.

In fact, contingency plans already exist. A 59 page document by the energy association BDEW identifies “shutdown potentials” in the event of a gas shortage, most of which are in industry.

In the event of a nationwide gas shortage, BDEW is also obliged to trigger an early warning and report to the competent ministry.

But Germany is not there yet. “Security of supply continues to be guaranteed,” the economy ministry replied when asked by EURACTIV whether BDEW had triggered an early warning.

As of yesterday, February 2, 2022, exports of ammonium nitrate from Russia have been banned for two long months.

“From February 2, a two-month ban on the export of ammonium nitrate comes into force. The corresponding government decree has been signed,” its statement told.

This decision was made to provide Russian farmers with mineral fertilizers for spring field work. An additional need for them arose in a number of regions of the country, in particular, in the North Caucasian and Southern federal districts.

“This is a temporary measure, the remaining volume will be open to export from April 2nd, when Russian enterprises will receive ammonium nitrate in the required volume, and the demand for it in the domestic market will peak,” said First Deputy Prime Minister Andrey Belousov. [Euraktiv, Fertilizerdaily]

Looks like fertilizer is becoming more expensive in the coming months. Inflation of food prices will increase even more.