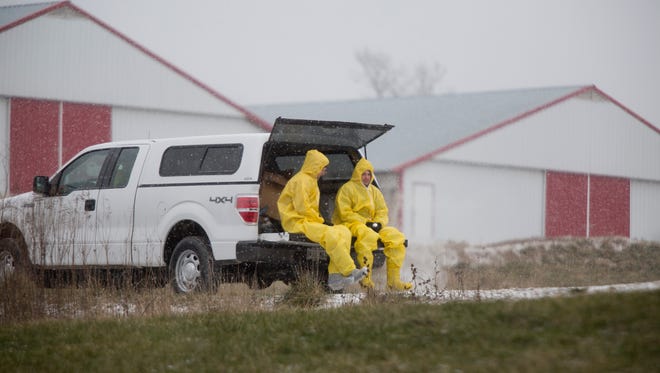 The U.S. Department of Agriculture (USDA) reported an outbreak of highly pathogenic avian flu in an Indiana turkey flock on Wednesday, the nation’s first case in a commercial poultry operation since 2020.

The outbreak brought swift reaction from importers seeking to limit the spread of the bird flu. China and Korea blocked non-heated poultry meat from Indiana, while Taiwan restricted poultry meat and egg products from the state, the USDA said on its website.

Indiana said the strain of the virus was H5N1 and it was the state’s first case of highly pathogenic bird flu in commercial poultry since 2016, when 400,000 birds were killed. The H5N1 strain has also been found in wild birds along the U.S. East Coast and has caused a wave of outbreaks in poultry across Europe and Asia.

The H5N1 strain “has been wreaking havoc on Asia and Europe,” said Jim Sumner, president of the USA Poultry & Egg Export Council, an industry group. China’s ban on Indiana poultry will likely last 90 days, he said.

Though limited, the trade restrictions and loss of poultry to the disease are a blow to the U.S. farm sector. The USDA said bird flu does not pose an immediate health concern to people.

About 29,000 turkeys at the farm in Dubois County, Indiana, in the south of the state, are being culled to contain the outbreak, state officials said.

The Indiana outbreak is significant because it indicates the strain has entered a migratory pathway for birds called the Mississippi Flyway that includes major U.S. poultry-producing states like Mississippi, Sumner said.

Indiana is the third-largest U.S. turkey producing state, No. 1 in duck production and No. 2 in table eggs and egg-laying chickens, according to the state.

Officials have quarantined the infected farm and said birds from the flock will not enter the food system. They are testing birds in the surrounding area for the disease. [Reuters]