A huge flash of light electricized the sky over the province of Mendoza, Argentina and over Santiago de Chile, the capital city of Chile, at around 5:30am, when a bright fireball, heading for the Andes, exploded violently.

Look at the amazing video compilation below!

The fireball sounded like thunder once it entered the atmosphere and many residents living in the surrounding area – Maipú, San Martín, Godoy Cruz, Tunuyán, Lavalle and Luján de Cuyo, in Mendoza – woke up in fear. [rcnradio]

On the same day, but during the afternoon, many New Zealanders across the North Island have reported rumbling, crackling sounds, a fireball and a huge flash of light streaking across the sky.

Local media outlets and social media were flooded with reports and queries about the sight, with some witnesses describing rumbles, bangs, a crackling sound in their ears, hair standing on end, rattling windows or a streak or explosion of light, followed by a smoke trail.

Here’s another video of the sky event:

Another very slow moving and impressive meteor disintegrated over a large swath of Mexico, Arizona and California on July 7 at around 8:51 pm UTC. Amazing videos again… 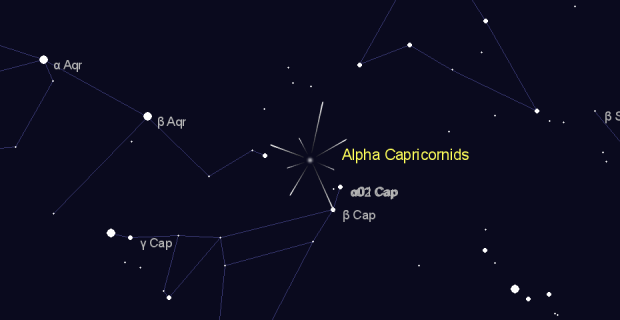 The Alpha Capricornids are active from July 7 through August 15 with a “plateau-like” maximum centered on July 31st. This shower is not very strong and rarely produces in excess of five shower members per hour.

What is notable about this shower is the number of bright fireballs produced during its activity period. This shower is seen equally well on either side of the equator.

So keep your eyes to the sky, you may be lucky!