The Canadian government is ‘working to reach a resolution’ over a gas turbine being held up by sanctions that Russia says is to blame for a fuel shortage in Germany.

I could be wrong, but I think Trudeau will only send the gas turbine back if and only if Germany signs a contract for Canadian LNG. But nobody will say it like that…

Are you ready? Protect your home and car against devastating EMP, solar flare and lightning attacks with the best shield available today…

Germany’s Economy Minister Robert Habeck says his country is heading for a gas shortage if Russian gas supplies remain as low as they are now, and certain industries would have to be shut down if there is not enough come winter.

“Companies would have to stop production, lay off their workers, supply chains would collapse, people would go into debt to pay their heating bills, those people would become poorer,” said Habeck.

Russia reduced shipments to 40 per cent of the pipeline’s capacity last week and will shut it down for maintenance for 10 days in July, prompting fears that Europe and Germany could be significantly short of gas for winter.

Russia’s state-owned gas company Gazprom blames the downturn in shipments on a turbine for a compressor station on the pipeline network that is in Canada undergoing repairs. The turbine is made and maintained by Siemens who shipped it to a Montreal facility for maintenance, but can’t ship it back to Russia because of Canada’s sanctions.

Prime Minister Justin Trudeau met with German Chancellor Olaf Scholz during the G7 summit. The official readout doesn’t mention the pipeline, but says they plan to talk about how to “secure key partnerships on energy security, critical minerals and clean technology, and accelerate both countries’ transition toward green and sustainable economies.”

In the meantime, Ukrainian Canadians are calling on the Liberal government to stand firm and ensure a critical gas turbine doesn’t return to Russia where it would fund Vladimir Putin’s war.

Siemens Energy is servicing a turbine for a compressor at a company facility in Montreal. The turbine is part of the Nord Stream pipeline, which supplies Germany and much of Europe with natural gas.

It can’t currently be returned to Germany due to Canada’s sanctions on Russia, forcing flows through the pipeline to be reduced. The cut back could cause real pain in Germany come winter. The country has been unable to fill storage tanks as it planned and is facing the possibility of rationing.

While experts debate whether the turbine is really the cause of the reduced supply or simply a political move to punish Germany for supporting Ukraine, Russia’s state-owned gas company Gazprom has said it’s a major factor.

You remember this video from end of March 2022?

Ukrainians forget very fast what Germany has already done for them!

In a letter to Global Affairs Minister Melanie Joly obtained by the National Post, Ukrainian Canadian Congress (UCC) president Alexandra Chyczij said Canada should not relent on the sanctions. She said Russia has earned roughly $100 billion from energy exports since the war began and much of that has been paid by Europe. 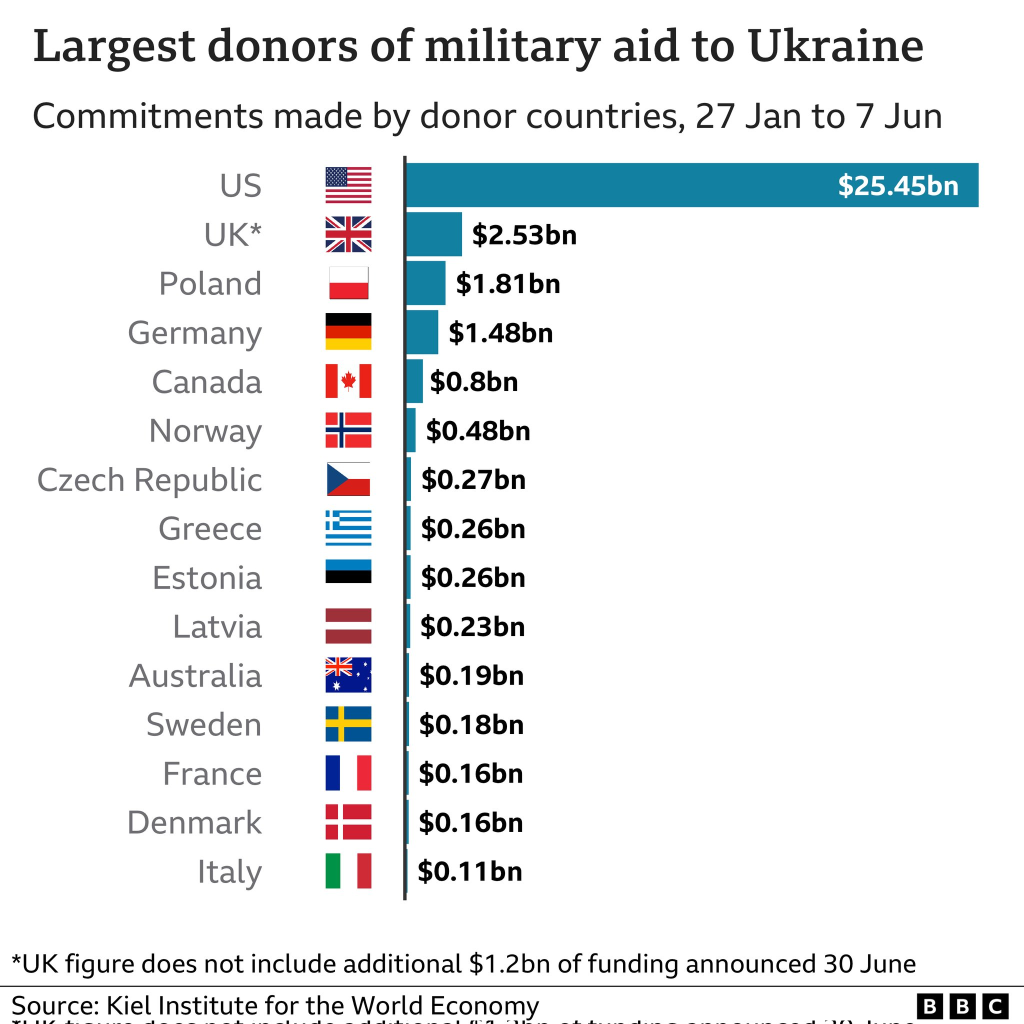 “Over 60 per cent of these revenues have been contributed by member states of the European Union, including Germany. German and EU funds are being used to finance Russia’s genocidal war against the Ukrainian people,” she wrote.

She said they must hold firm on these sanctions.

“Should the Government of Canada agree to waive the sanctions that are preventing delivery of this turbine, the German state will be in a position to provide even more funds to Russia to continue financing Russia’s genocide against Ukraine,” she wrote to Joly earlier this month. “The Ukrainian Canadian Congress calls upon the Government of Canada to abide by the sanctions which have been imposed.”

The government has not offered a clear answer on what they are and are not prepared to do on the issue. They have insisted they will continue to impose severe costs on Russia for the invasion, but also said they are continuing to talk with the German government about the turbine.

“The Government of Canada is in active discussions with Germany about the turbines in question, and we are working to reach a resolution,” said Keean Nembhard, a spokesperson for Natural Resources Minister Jonathan Wilkinson.

This resolution will probably be a contract for Canadian LNG… Like: ‘I give you your gas turbine and you won’t face an economic crisis but you take my fracked LNG at market price…

The reduced flow of gas to Europe has lead to some restrictions in Germany and the restart of some of the country’s coal-fired electricity generation. The government has warned that if the situation doesn’t improve before winter there will be factory shutdowns and other measures so critical needs are met.

Orest Zakydalsky, a senior policy adviser with the UCC, said they understand the economic pain Germany faces, but doesn’t compare to what Ukrainians are facing.

“I can appreciate that in Europe due to their own policies, they became very dependent on Russian energy. Now those chickens are coming home to roost but unfortunately, the ones suffering the most from that is Ukraine,” he said.

Zakydalsky said Europe must get off Russian energy eventually and doing it now could save lives.

I am sure Ukraine’s suffering would end much faster around a table with Poutine. But no, Zelenski and his friends play all-in with the US and Canada to destroy Europe… [The province, ChathamThisWeek, National Post]