Over the weekend, parts of Switzerland were hit very hard by extreme thunderstorms that triggered mudslides, big hail and thousands of lightnings!

On Saturday, Sunday and Monday evenings, the sky over Bern (where I live) turned green. Very strong winds started to blow away everything on its path. Some trees and old branches were ripped apart in a nearby forest…

The canton of Bern was one of the areas hit hardest by A restaurant was destroyed in the municipality of Schangnau:

The same region was hit by extreme weather events back in 2014 (10x million CHF in damage). According to Tom Glanzmann from the canton of Bern building insurance, it is currently assumed that the damage will be lower this year. 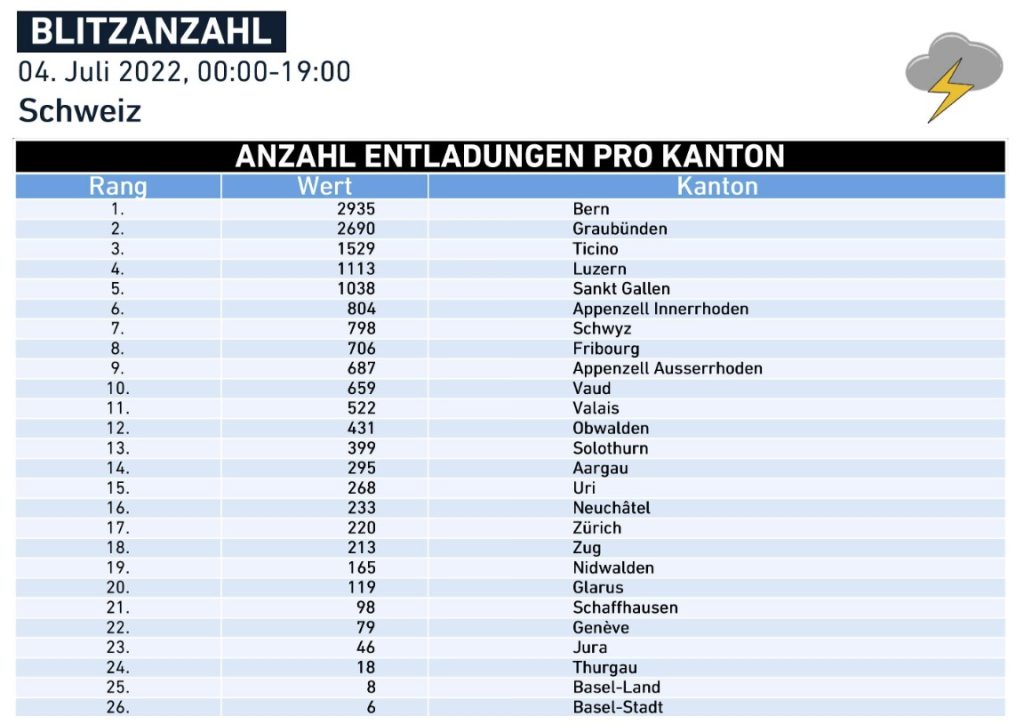 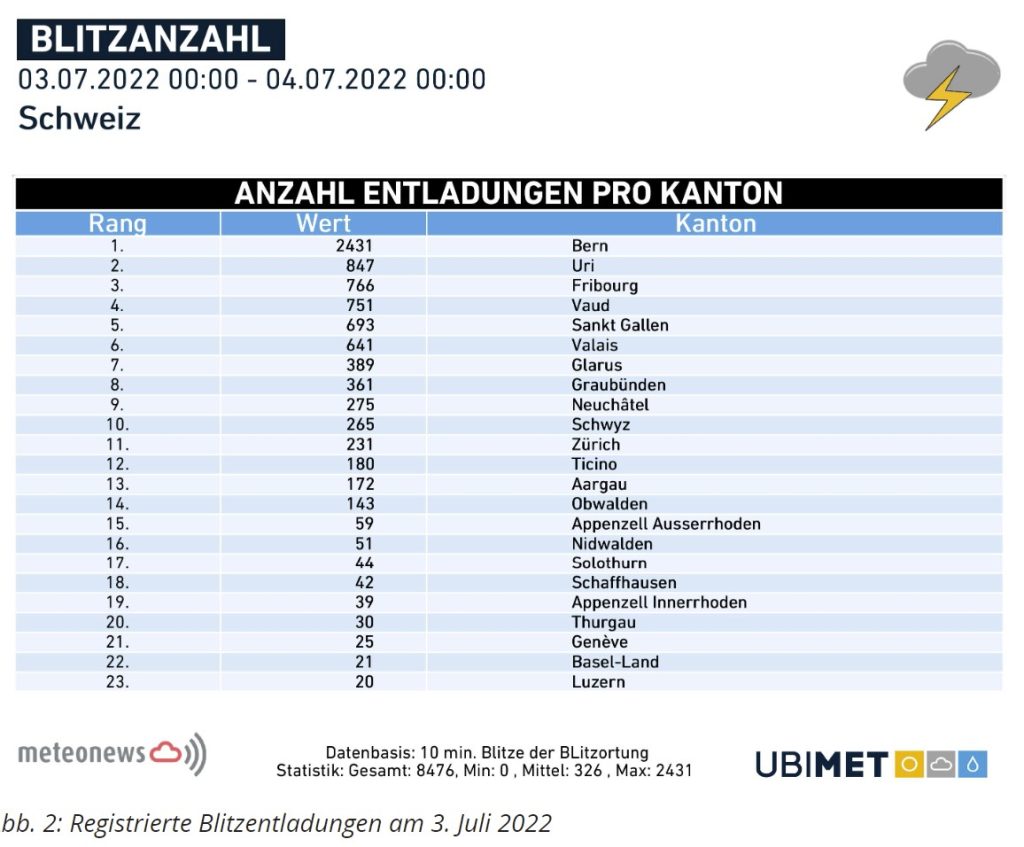 Lightnings struck several homes and buildings across Switzerland. Be sure to have a good lightning protection for your home and car…

Wind speeds up to 111kmh (69 mph) were recorded over Davos (Weissfluhjoch) while maximal wind reached 85 kmh (53 mph) in plains. 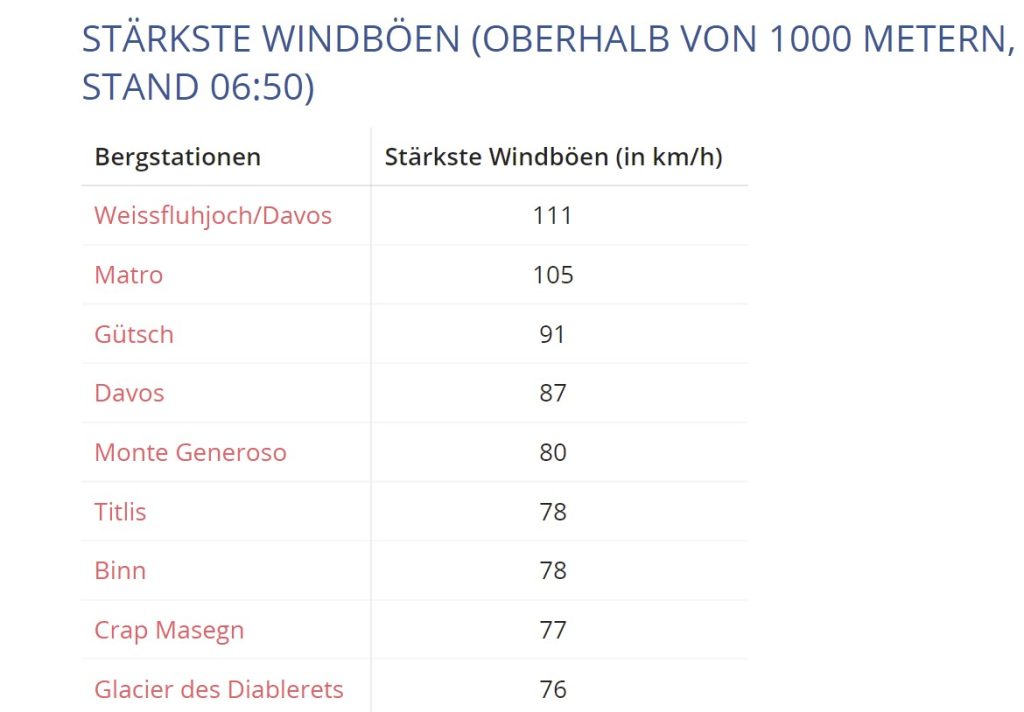 Largest amount of water in 8 years

After Monday’s thunderstorms, a maximum flow of 273 cubic meters per second was measured in the Emme. “This corresponds to an event that occurs about every 80 to 100 years,” wrote SRF Weather on twitter. Here another video of the river:

In July 2014, during the last extreme weather event in the region, 338 cubic meters per second were measured at the same station in Eggiwil…

Numerous landslides have been recorded across Switzerland, making roads, bridges and even railways temporarily impassable. A fallen tree derailed A train derailed because of a tree while on the route between Brienz and Oberried on Lake Brienz. There were no injuries. The travelers had to be evacuated. However, all trains have now been cancelled indefinitely until official assessment. Replacement buses are in use. It was as if the CERN had started its new LHC measurements a few days before (they start today!)… [MeteoSuisse, 20min]

Big freeze strikes USA, Canada and Australia as polar and antarctic blasts dump large amount of snow in North America and Down Under

Polar BLAST hits Colorado: Snowflakes fly in Denver as heavy snow piles up in the Rockies