The “Slow Down” sound was recorded for the first time by the U.S. National Oceanic and Atmospheric Administration (NOAA) in May 1997 in the Equatorial Pacific ocean (15°S 115°W) by an autonomous array of hydrophones used to catch specific phenomena such as undersea earthquakes, ice cracking, marine mammal population migration, and detection of submarines (U.S. Navy SOund SUrveillance System (SOSUS) equipment).

The frequency of this strange and unexplained noise decreases about seven minutes after its beginning and so its name (“Slow Down”). By now, the “Slow Down” sounds has been recorded several times, however its source remains a mystery.

One of the possible source of “Slow Down” could be ice friction in Antarctica. Indeed, the sound spectrograms of ice friction almost match those recorded for “Slow Down”.

Sample of the sound available here. 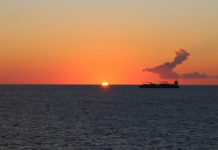 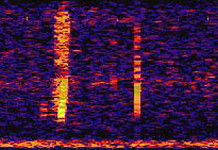 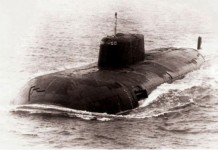