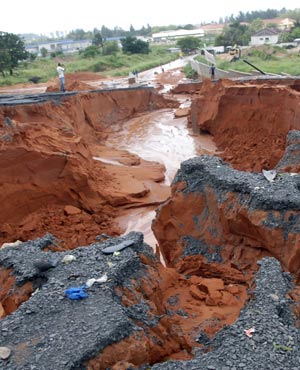 Mozambique is on alert. Destructive floods swept through the south of Mozambique and North of South Africa displacing more than 70’000 from their homes and letting them without food and water in the open with grasshoppers and ants as only meals. Mosquitoes start to arrive, probably bringing with them deadly diseases! Diarrhoea is the number one problem for children in Mozambique. A large government camp has opened to help flood victims. It first has to be settled up since it last operated during the Mozambique devastating floods of 2000 that killed about 800 people and displaced millions. Meanwhile, displaced people have no toilets, so a cholera outbreak may happen. – News 24 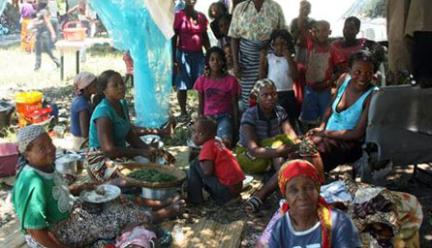 The following video was released on Thursday by the Mozambique Television. You will not understand a words of what they are saying but, it clearly shows the desolation in which the country sits: large areas of Mozambique are covered with water, roads are cut off and people are blocked by overflowing rivers. These floods have killed at least 20 people and driven nearly 70,000 from their homes. In neighboring South Africa, the Limpopo River overflowed its banks, inundating streets and destroying homes in the northern city of Musina. At least eight people have been killed and the number was expected to rise. Electricity supplies to South Africa are also said to have been severely disrupted by the Limpopo flooding.