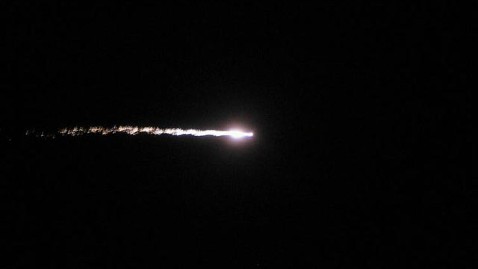 Several residents in Ventura, Anaheim, Van Nuys, Los Angeles, Paso Robles, San Francisco and Santa Barbara reported late Thursday at around 10:35 p.m. a bright light zoom across the sky. Dozens of sky watchers told the American Meteor Society that they saw the fire bal on their group’s website. The light came down in the ocean off Corona Del Mar. Bits came off, and it was bright white. – ABC News

The sightings come days after Bay Area residents were treated to a light show of their own when a fireball was seen streaking across the sky. This event on video: