Enid, Oklahoma. A second large sinkhole appears near Bethel Baptist Academy. The first one opened up back in October 2012 after construction works. – enidnews 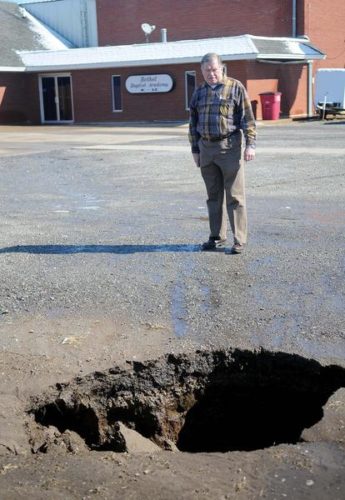