EVERY WINTER, THOUSANDS OF HUNGRY SHARKS migrate along the Atlantic coast of Florida, often swimming within a few feet of shore. 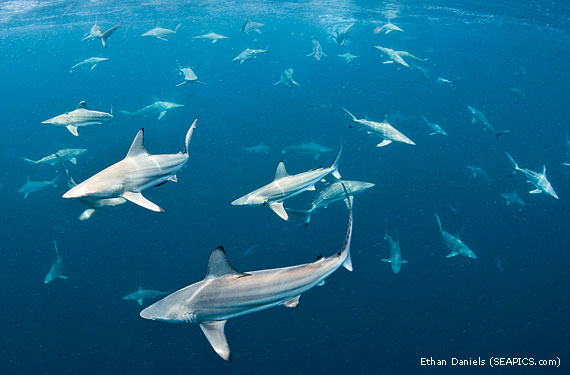 Each year, the sharks head for bays and estuaries along the southeastern U.S. coast to mate and give birth. It is a continuous and seasonal shark behavior!

Over the years, blacktips have been blamed for about 20 percent and spinners for 16 percent of unprovoked shark attacks in Florida.

Populations of American Bald Eagle, symbol of freedom and power, soar in the US

Half male, half female cardinal