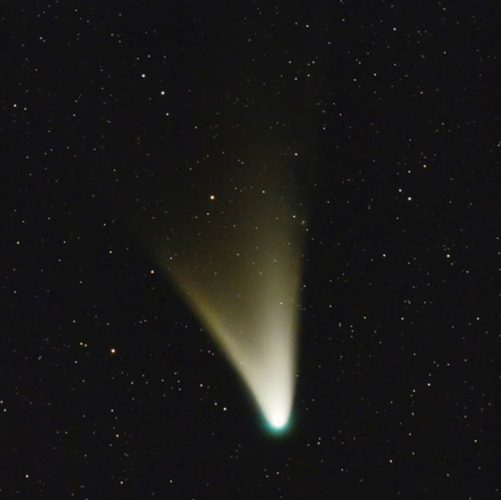 Comet PanSTARRS glows with a fanlike tail in this image captured by Argentine astrophotographer Ignacio Diaz Bobillo on Feb. 15. The comet, falling in from the distant reaches of the solar system, is expected to reach naked-eye visibility in the Northern Hemisphere in early March. Since it is Comet Pan-STARRS’s first visit to the inner solar system, some surprises are possible as its virgin ices are exposed to intense solar heating.