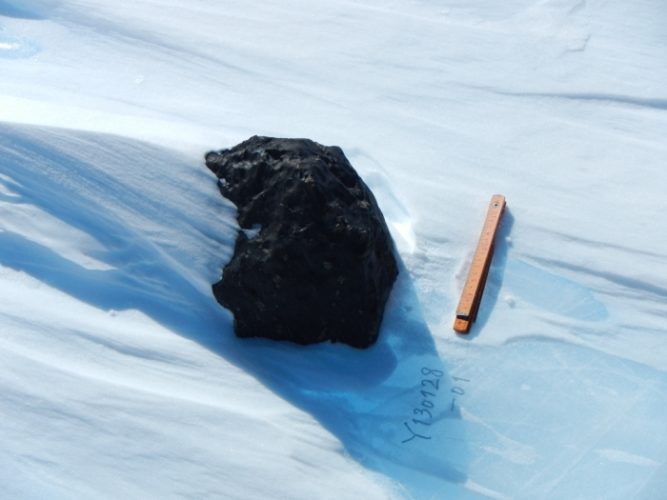 Understanding how our planet works necessitates studying its interior. Direct geological records only document the crustal or uppermost fraction of our planet while the deeper parts remain totally outside of our reach. Meteorites coming from the asteroid belt between Mars and Jupiter have recorded information on how other planets formed and evolved through time; from undifferentiated primitive asteroids to differentiated small planets, showing the development of a crust, a mantle, and a metallic core just like those of the Earth. 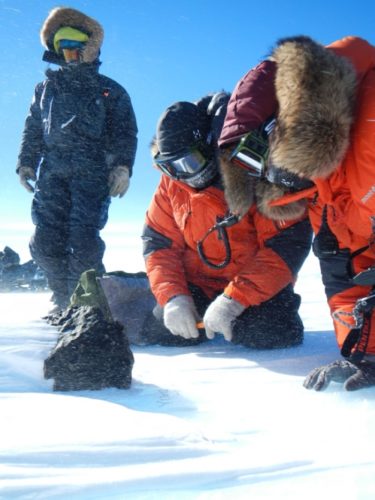 The discovery of an unusually 40-pound large space rock in late January in Antarctica (Nansen Ice Field) may help researchers to answer some still unexplained cosmochemical questions. Scientists from Université Libre de Bruxelles (ULB), Vrije Universiteit Brussel (VUB), Japan’s National Institute of Polar Research (NIPR) and Tokyo University were part of the expedition that discovered the extraterrestrial chunk, the largest such meteorite found in the region in close to a quarter century. The team was based out of the Princess Elisabeth Antarctica research station. – SAMBA

Here a video of this same group from 2010