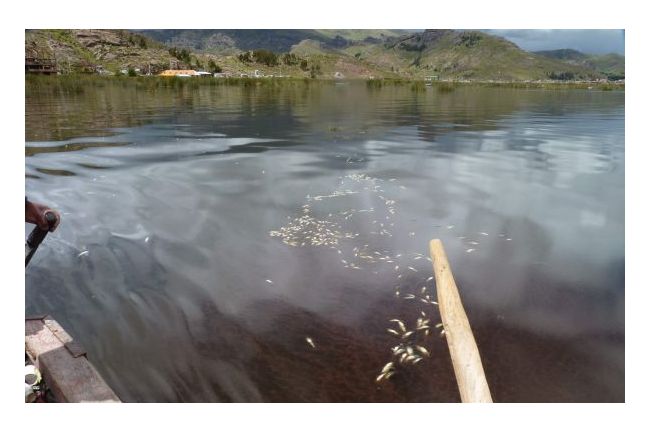 Thousands of dead fish were found floating in Lake Titicaca, in the region of Puno. Officials have taken water samples and are currently investigating what killed the fish. Local residents reported seeing a “strange liquid” in the lake last week. The cause of this die-off might be related to low levels of oxygen in the water resulting from pollution of the water sources that feed Lake Titicaca. – Peru this week

It seems that the illegal dumping of oil drum in Marlboro Township, Ohio is not related to the fish die-off observed in Walborn Reservoir, Ohio. A biologist indeed explains that the death of these fishes is a natural phenomenon, called a seasonal fish kill, that happens to certain species (in this case gizzard shad) during the spring thaw. So this mass extinctions are not a hazard! Hope they are right! – Canton Rep