What are the health effects of radioactive materials? To figure this out, the US Army secretly sprayed poor American families with dangerous radioactive chemicals… 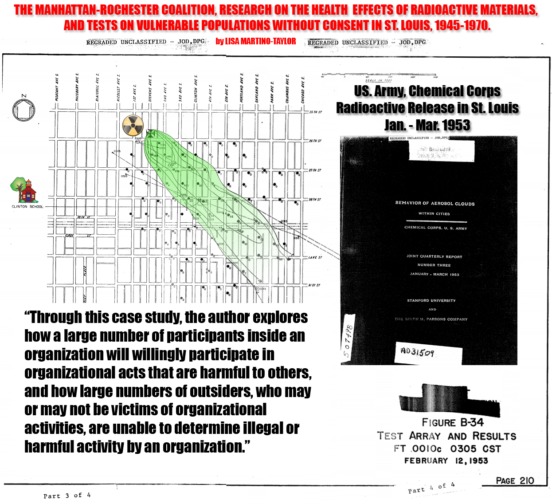 Of course, the Army lied to city officials at the time saying they were testing a smoke screen in case of an attack by the Soviet Union.

But some people have guts! The PhD-thesis of Lisa Martino-Taylor brings these human-live experiments in St-Louis and Corpus Chriti into light: The Manhattan-Rochester Coalition, research on the health effects of radioactive materials, and tests on vulnerable populations without consent in St. Louis, 1945–1970.

The abstract of the thesis says:

“This piece analyzes a covert Manhattan Project spin-off organization referred to here as the Manhattan-Rochester Coalition, and an obscure aerosol study in St. Louis, Missouri, conducted under contract by the U.S. military from 1953–1954, and 1963–1965.

“The military-sponsored studies targeted a segregated, high-density urban area, where low-income persons of color predominantly resided. Examination of the Manhattan-Rochester Coalition and the St. Louis aerosol studies, reveal their connections to each other, and to a much larger military project that secretly tested humans, both alive and deceased, in an effort to understand the effects of weaponized radiation.

“The author explains how ethical and observational lapses are engineered by the organization through several specific mechanisms, in an effort to disable critical analysis, and prevent both internal and external dissent of harmful organizational actions. Through studying the process of complex organizational deviance, we can develop public policies that protect the public’s right to know, and construct checks and methods to minimize the chance of covert projects that are contrary to societal norms.”

This could explain that: Several families have come forward after hearing a college professor’s report regarding Cold War radiation experiments done in the St. Louis area. Four siblings in one family died of cancer at relatively young ages. Two colleagues of Lisa Martino-Taylor’s at St. Louis Community College-Meramec thought their cancers may have been caused by radiation testing. The Associated Press reports a study done by Martino-Taylor prompted further inquiries by Missouri’s U.S. Senators.

Here you will find some explanations about how these terrifying experiments came to light and how politicians reacted in front of the thesis and article of Martino-Taylor.

How did the Cold War experiments come to light?

The AP story says the government claimed the tests were part of a biological weapons program. The government admitted to the tests in 1994, however the Army denied using radiation experiments that may have harmed Americans. Congress demanded follow-up studies to be done but no evidence has been uncovered that studies were performed.

Why St. Louis?
St. Louis was selected because of its resemblance to Soviet cities at the time. A fine powder made of zinc cadmium sulfide was sprayed into the air from planes and from atop buildings in the city around poor neighborhoods. Experiments occurred in 1953 and 1963, according to Martino-Taylor’s dissertation. 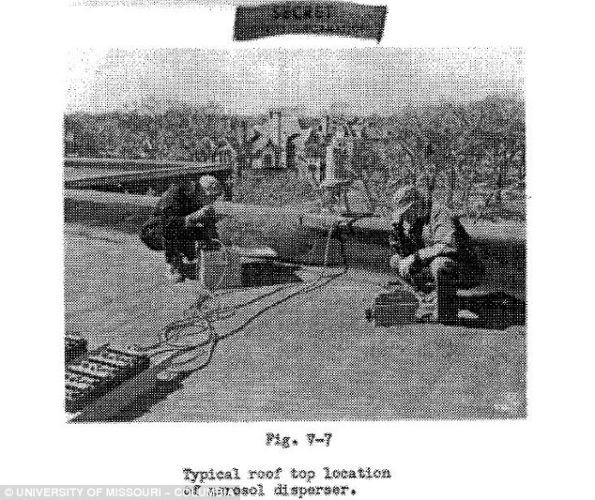 What cancer patients have come forward?
Doris Spates told the AP she has cervical cancer. It was her siblings who died of cancer at young ages. Mary Helen Brindell has had four types of cancer. Spates’ father died three months after she was born in 1955. That was two years after the first experiments. Both women lived in lower-income areas of St. Louis where the powder was dispersed.

How did the professor get information for her paper?
Martino-Taylor sent out 40 Freedom of Information Act requests to various U.S. government agencies to get data for her paper. A paralegal at the Aberdeen Proving Ground provided the researcher with troves of data through which she sifted. Some reports refused to be declassified, including one entitled “Behavior of Aerosol Clouds within Cities… April 1954,” which summarized the findings of sprayings in St. Louis. 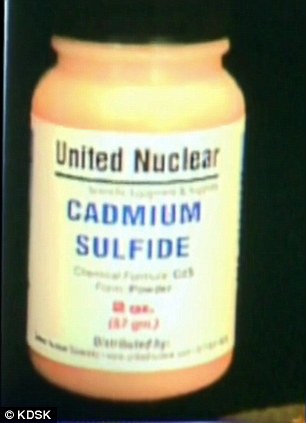 How was this information made public?
Martino-Taylor presented her paper to the public in late September. KMOX reported the researcher, whose dissertation is a Ph.D. thesis at the University of Missouri-Columbia, said, “The powder was milled to a very, very fine particulate level. This stuff traveled for up to 40 miles. So really, all of the city of St. Louis was ultimately inundated with the stuff.”

What did Sens. Claire McCaskill and Roy Blunt say after the study was presented?
Both of Missouri’s Senators used the presentation to send letters to Army Secretary John McHugh, according to the St. Louis Post-Dispatch. Martino-Taylor said she has not been personally contacted by the federal legislators but she believes public hearings need to be held on the matter. 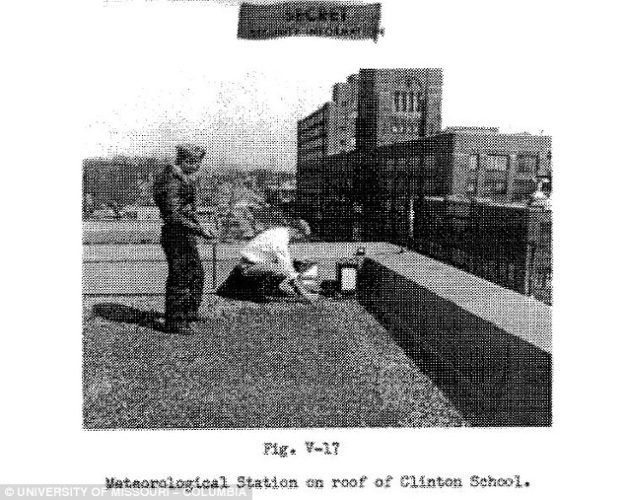 If true, these US Army tests are just disgusting!