The heavy rains we experienced last week have caused an eighty foot sinkhole along Weaver Road where it connects to Glade Road across the street from the Lenlock Shopping Center. 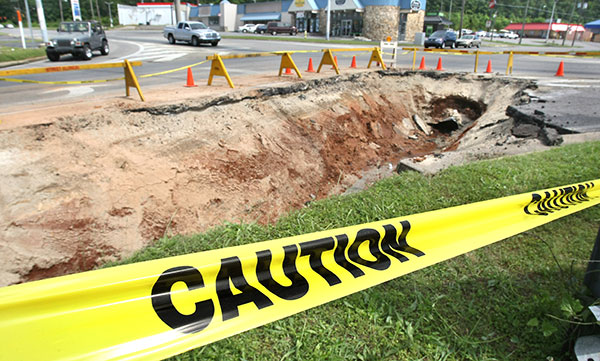 The rain had swept away a decaying pipe and the dirt that surrounded it, which left the South-bound lane an underground cavern. The city was informed of the hole around Thursday afternoon. Once the employees discovered the size of the hole, which could fit two pickup trucks, the crew was compelled to work until midnight.

The damage will cost over one million dollars to repair. On Tuesday the city council only approved eighty-five thousand dollars. The city has applied for funding through the Alabama Transportation Rehabilitation and Improvement Program. If the program funds the project, the city will then be responsible for two hundred and five thousand dollars of its cost. 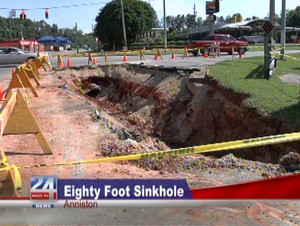 The contractors will slip a new reinforced plastic pipe into the existing pipe and use hydraulics to push it through, filling the space between the pipes with grout. The new pipe will be installed under Glade Road and northward for 200 feet to the next junction box, essentially a concrete box supporting the pipes. The city will then refill the hole around the pipe and repair the paving and curb along the hole.