Amazing and rare discovery of an almost intact colourful mosaic from the Byzantine Era (back to between the fourth and sixth centuries) in kibbutz fields Beit Qama, in the B’nei Shimon regional council, about 65miles from Jerusalem which was scheduled to be paved over for a new road. 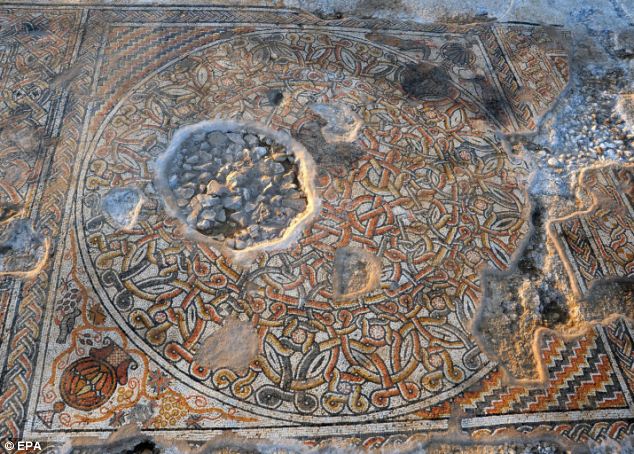 Archaeologists are now trying to determine what the impressive public building was used for. 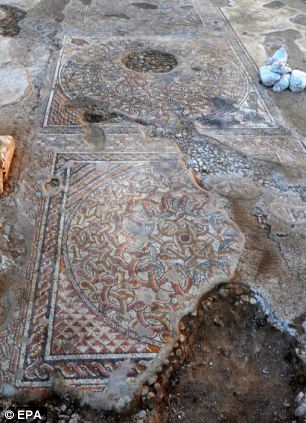 Archaeologists believe it may have been the floor of an inn that served travellers on the main road. They found pools and a system of channels and pipes at the front of the building, which would have cost a lot of money to build, but their purpose is not currently known. The settlement consisted of a church, residential buildings and storerooms, the public building and pools surrounded by farmland. 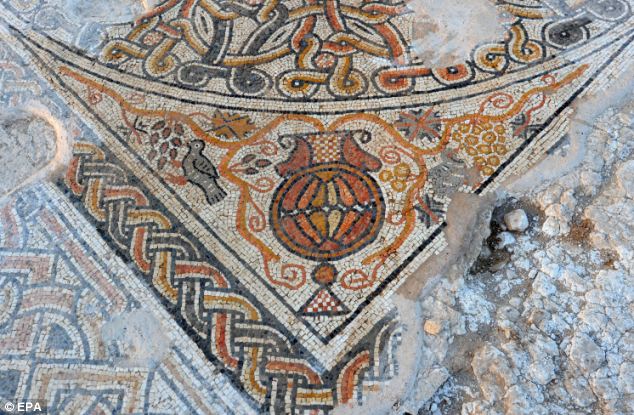 A bit of history: The Byzantine Empire lasted until 1453 when it was toppled by the Ottoman Turks. It was a continuation of the Roman Empire and was the most powerful economic, cultural and military force in Europe and at its peak spread across North Africa, parts of the Middle East and southern Europe.