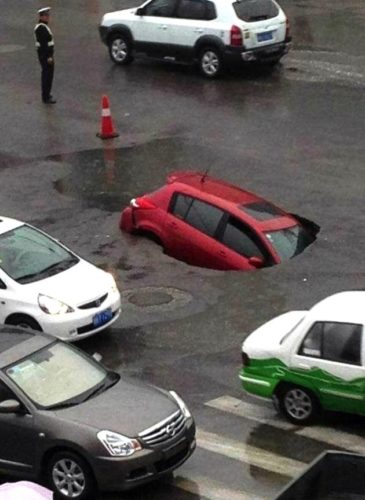 Well sometimes you should not get up! This is the case of this Chinese family (3 children) driving in Hetian, western China’s Xinjiang Autonomous Region, when their car fell in a giant sinkhole that formed suddenly under it on may 16 2013. The Chinese family managed to scramble from their car despite not being able to open doors. 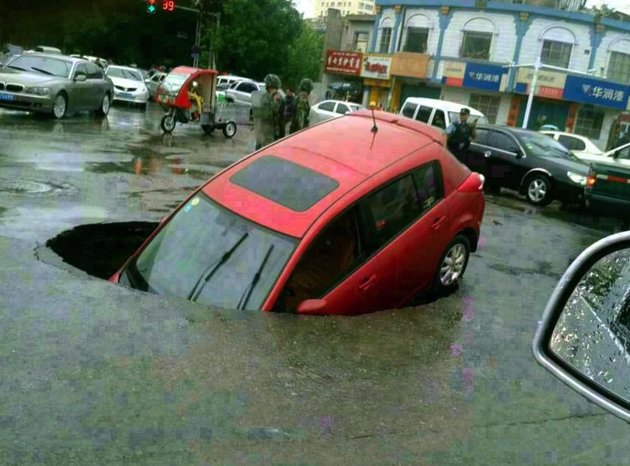 The sinkhole got bigger over the next 30 minutes until their vehicle almost completely disappeared. 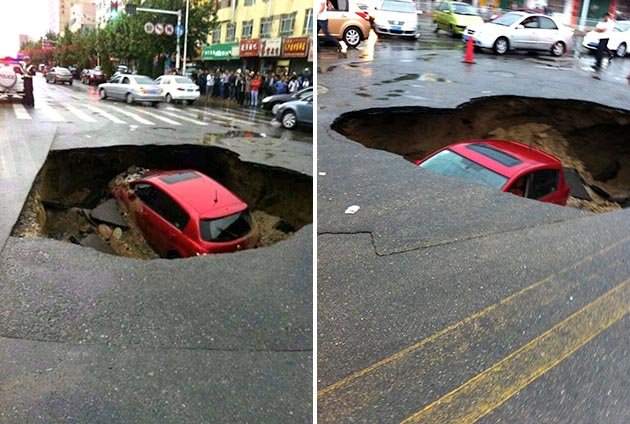 According to authorities there used to be an air raid shelter below the road and heavy rain caused the cave-in.