All animals were killed by the same incident. Autopsies report animales with fractured skulls, missing rib cages and multiple abrasions. Microbiological and chemical analysis tests are currently being run to determine if blast fishing is the cause of death. 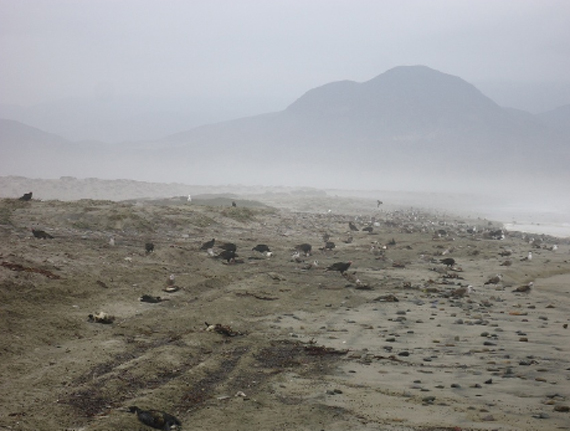 Two days prior the Movement in Defense of the Environment (MODEMA) reported a band of ten fishing boats off the coastline of Punta de Choros. MODEMA and other environmental groups accused the boats of blast fishing — using explosives to catch mass quantities of fish. In Chile, blast fishing is illegal.

This isn’t the first environmental calamity at Punta de Choros. In April of last year, 350 Guayano cormorants washed up on the beach. The next month, Sernapesca reported the deaths of more than 80 sea lions.

Hundreds of deep sea fish wash up dead on Puerto Vallarta Beach in Mexico (videos and pictures) – A consequence of Tonga eruption or...