Onesi – Thousands of people have flocked to the Omusati Region out of curiosity to view a small piece of meteorite that landed in a mahangu field in the village of Oshika, in Onesi Constituency.

The incident created fear and panic among villagers who suggested the ‘strange object’ had something to do with the recent commotion over the 12 South African aircraft that were released after days of grounding at Ondangwa Airport. The aircraft of South African origin were grounded for several days and then sent back to South Africa, because they had no permits to use Namibian airspace.

A piece of meteorite, the of a size of a small ball or two human fists put together made such an impact that people within a radius of over 200km were able to hear the explosive impact, feel the resulting tremor and observe the blinding light that followed as it landed. – All Africa

Video of huge meteor over England and Wales May 9 2013

A fireball streaking across Britain left stargazers stunned last night. The green-tinged meteor shot over England and Wales in a northerly direction at around 9.45pm. Experts believe the meteor might have formed from debris from Halley’s Comet. Many observers took to Twitter to report the phenomenon with sightings apparently recorded in Cornwall, Hampshire, Lancashire, South Wales and Worcestershire. Reports suggested the meteor crossed Britain from the South East towards the North West and that it was particularly large and bright. This meteor is quite likely to be part of the Eta Aquarids, which is the debris left by Halley’s Comet. And twice a year we pass through the debris left behind by the comet and when this happens we see more of these shooting stars. – The Sun 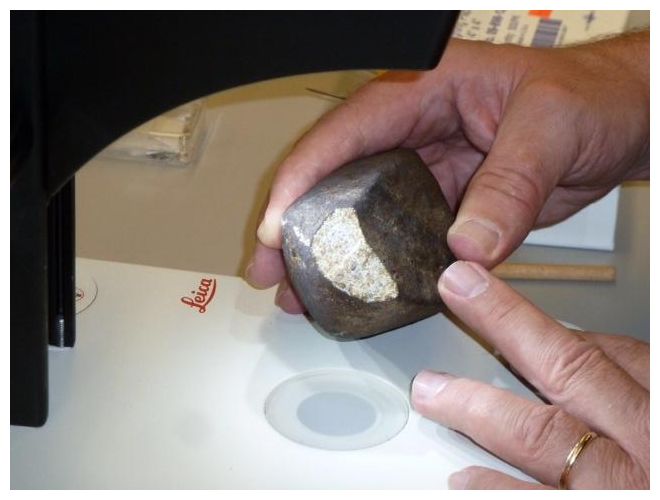 The Yale Peabody Museum said a second meteorite of 4 inches long and weighs 1.6 pounds has been found in a Waterbury home (Connecticut), 19 days after one hit a home in Wolcott. It had the same type of dark crust, magnetism, and interior color as the Wolcott meteorite. – New Haven Register

A meteor exploded over Japan terrifying dozens people in the early morning of May 6, 2013. An amateur photographer captured spectacular images of the blast which were then posted on the Internet.

The space rock disintegrated in the atmosphere releasing a noisy boom over Saitama Prefecture, near Tokyo. The celestial event took place at 3.58 a.m. local time and a video footage shows the meteor appearing as a fast moving fireball whose intensity gradually increases. – Fox Crawl

A large meteor exploded in the sky above southern Wyoming on Sunday night and was observed from as far as 400 miles away (up to Idaho and Colorado) at about 10:45 p.m. The sky lit up really bright. From the south, it was neon blue.

At about the same time, an earthquake stroke the same area: Earthquake Magnitude 4.2 – 28km W of Soda Springs, Idaho. Interestingly, the technical data from USGS shows a Depth of +/- 11.3km with an uncertainty of =/- 10.9km. Are they related? Did it touch the ground? 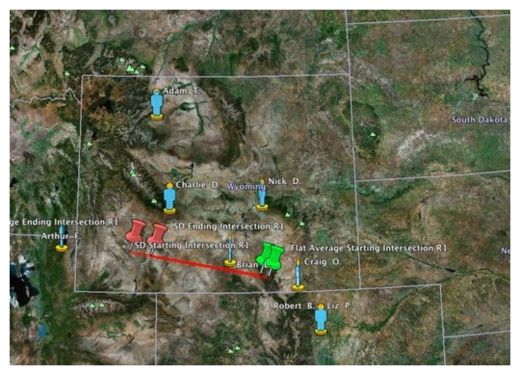 Legend: The red line is the estimated trajectory of the bolide, which is a meteor that explodes in the atmosphere. The green pins indicate where the trajectory started and the red pins indicate where it ended. The human-looking icons represent each of the eight reports that the American Meteor Society received of the event. The direction of the icon represents where each person was “standing” when the bolide was spotted. – Star Tribune 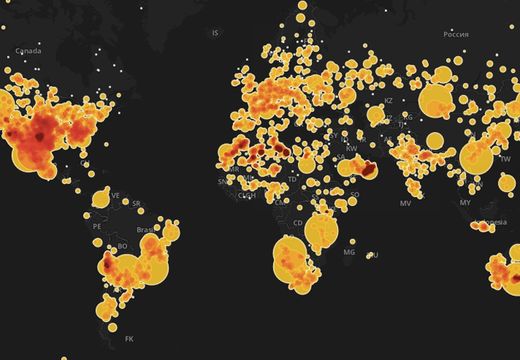 This map points out every locations where scientists have discovered evidence of meteorite impacts. The map shows 34,513 recorded points on Earth that have been struck by meteorites since 2,300BC. As impressive as that figure might seem, it doesn’t include data for where meteorites that haven’t left any evidence, like every single one that landed in an ocean, or impact sites that haven’t been discovered yet.