Belugas or the sea canary (high-pitched twitter) normally live in groups of up to 10 animals on average.

But every year roughly 57,000 beluga whales migrate to Canada’s Western Hudson Bay for the summer, making this the largest summering concentration of belugas in the world. 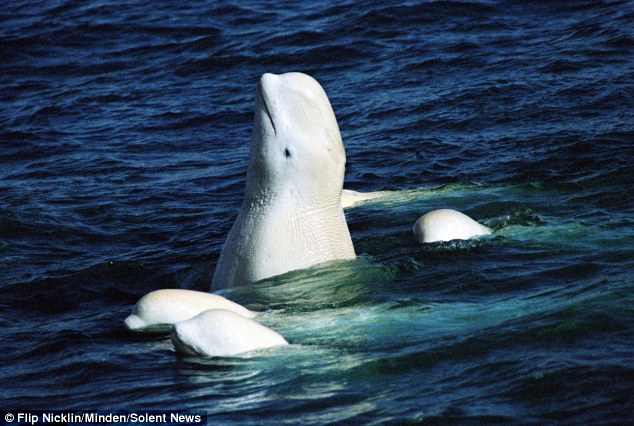 The belugas gather in this area to feed, give birth to their calves, and nurse in the shallow, warmer, productive waters of the Churchill, Nelson, and Seal River estuaries before migrating to the Somerset Island in Nunavut, Canada. 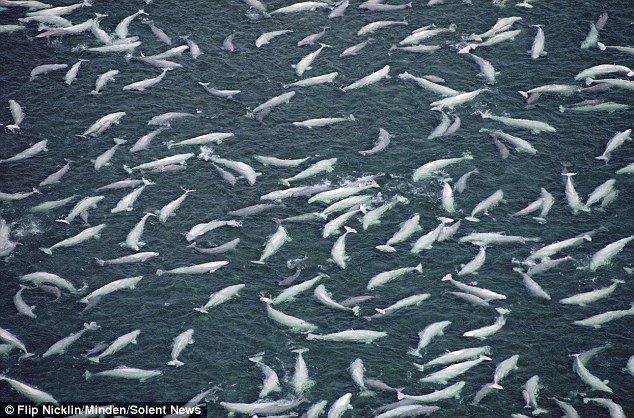 Together, belugas are playing, swiming, feeding and mating.

This behaviour is quite similar to what people do at hippie gatherings such as the ‘Burning man’ (I love it!) or other open-air festivals. 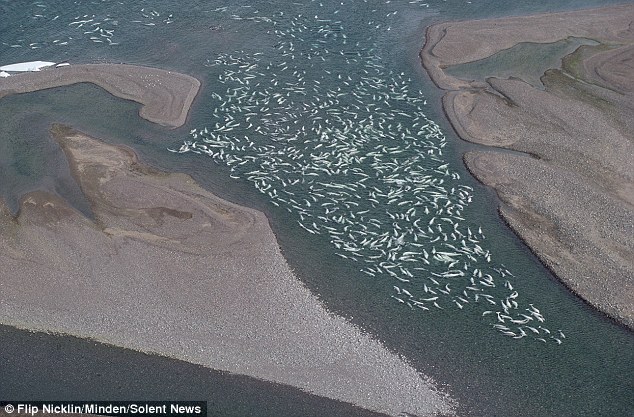 These playful belugas are having fun in the shallow water around Somerset Island, Canada. 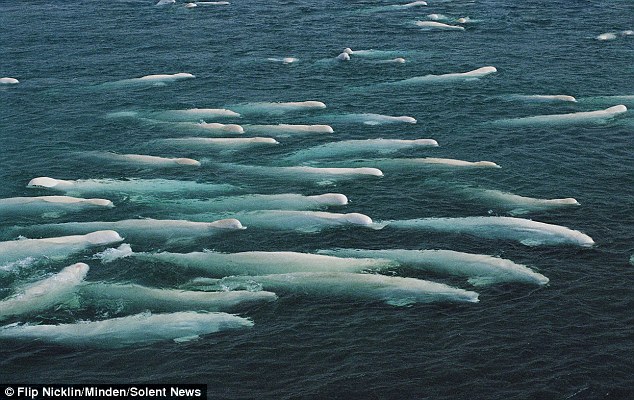 During the winter months, the ocean surface freezes and most of the northern belugas move south, keeping ahead of the ice cap. 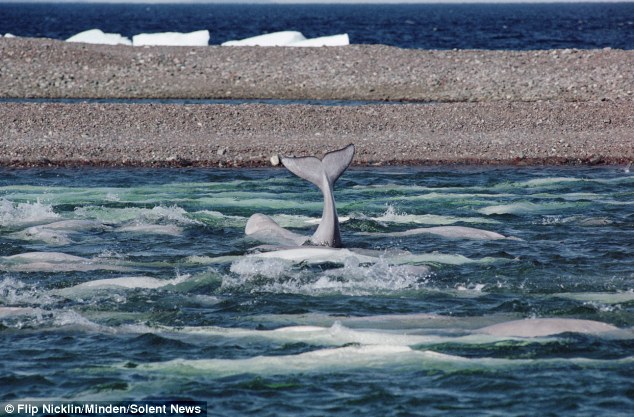 Beluga whales live only in the cold waters of the Arctic Ocean and are regarded as threatened. Photographer Flip Nicklin from Hawaii travelled to the island to witness the annual migration of belugas.

While this population of beluga whales is currently abundant and stable, future threats in a variety of forms associated with climate change are imminent.

What do you think. Aren’t they amazing?