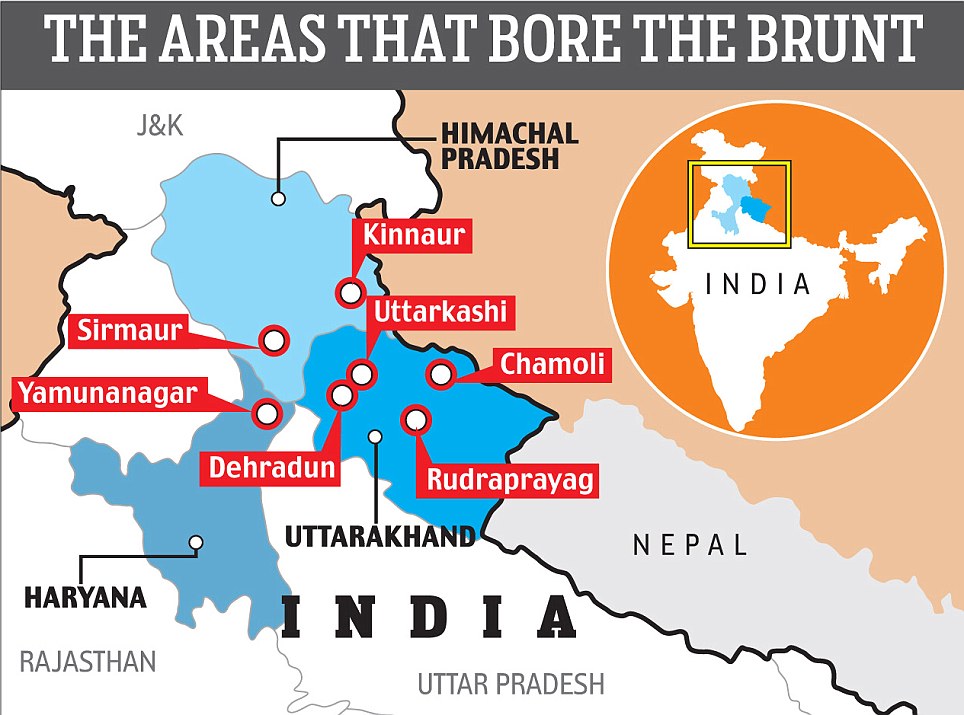 Floods in northern India have washed away whole entire villages, buildings, roads and vehicles. Already 23 dead and 50 missing were already reported. The River Ganges and tributaries are flowing above danger level in several areas of Uttarakhand state. The situation is very grim.

The rain will continue for another three days at least. The flooding is an annual occurrence in India, which depends on the monsoon rains for agriculture.

The heavy downpours often cause loss of life and property and has come two weeks early this year. 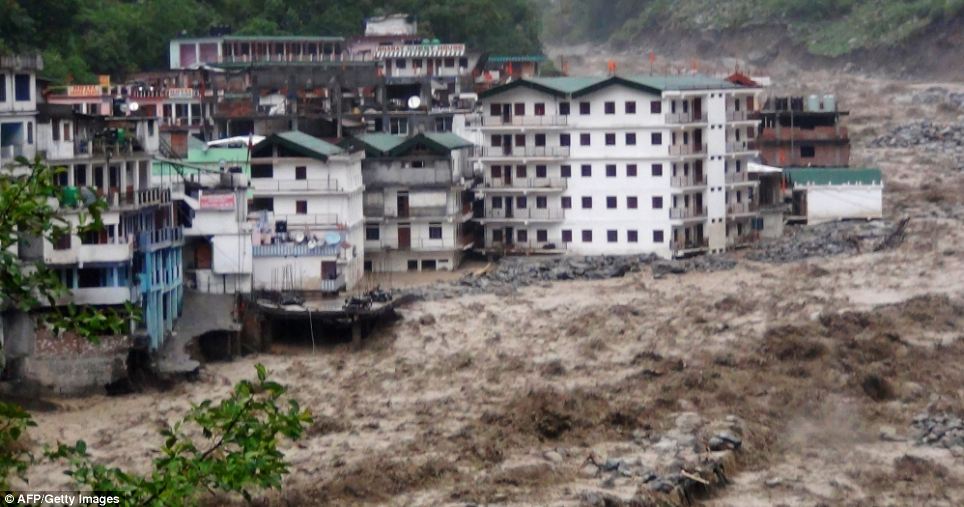 Heavy monsoon rain left locals in Uttrakhand state, in the foothills of the Himalayas, fearing for their lives as fast-moving water swept away whole buildings. 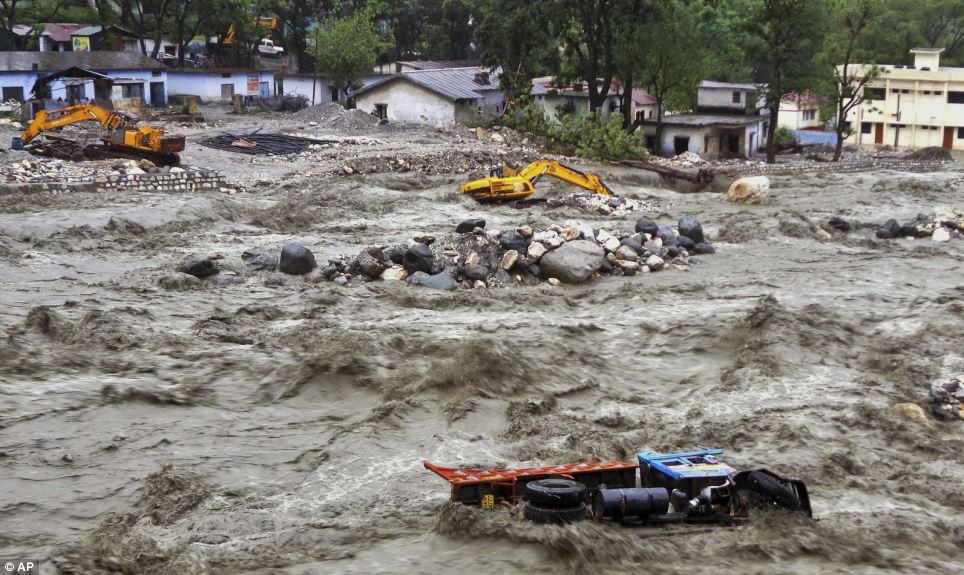 The swollen rivers have toppled buildings and other vehicles, which are drifting downstream, causing more destruction. 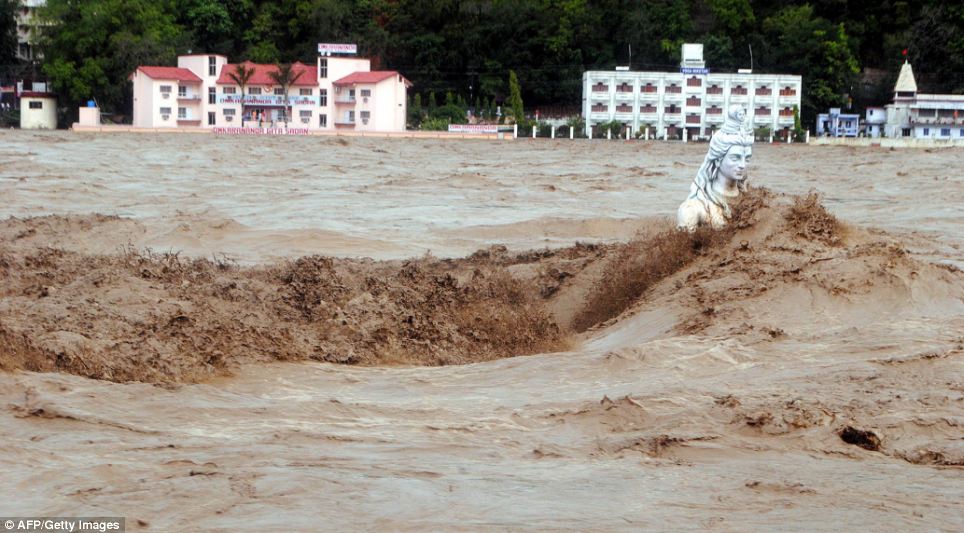 River water topped houses and streets, forcing residents of flooded towns to wait for rescue on their rooftops. 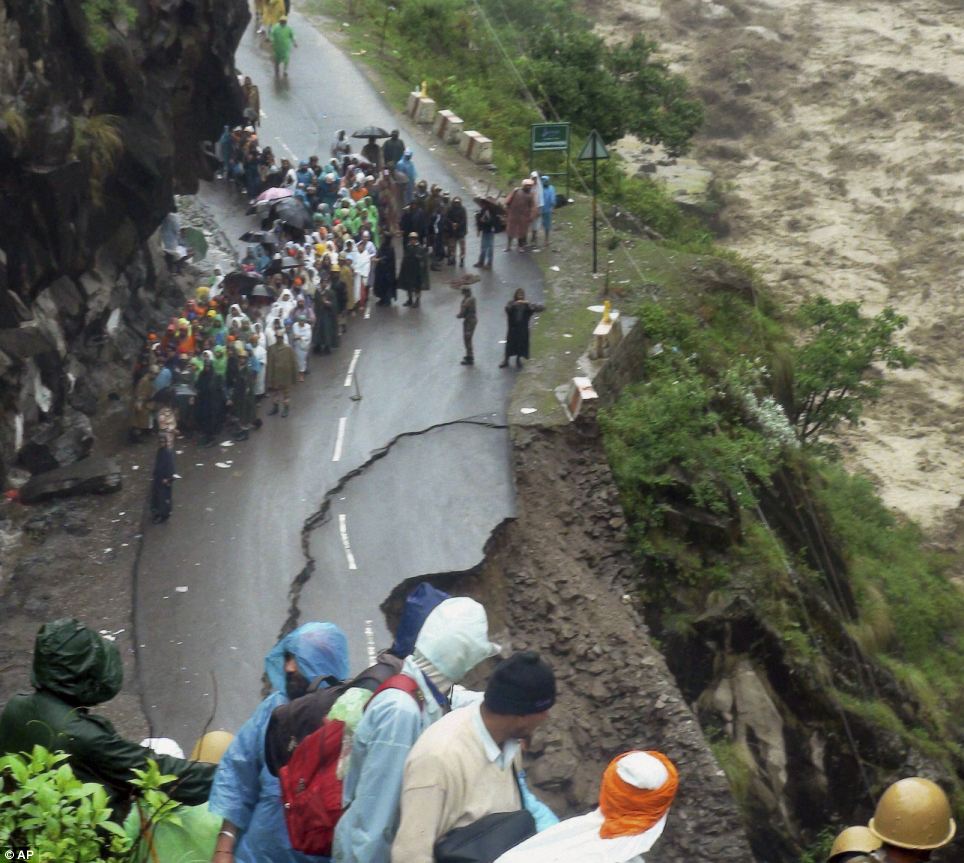 Torrential downpours left Sikh devotees from a temple looking for anywhere safe to stand on a destroyed road in Chamoli district of Uttarakhand. 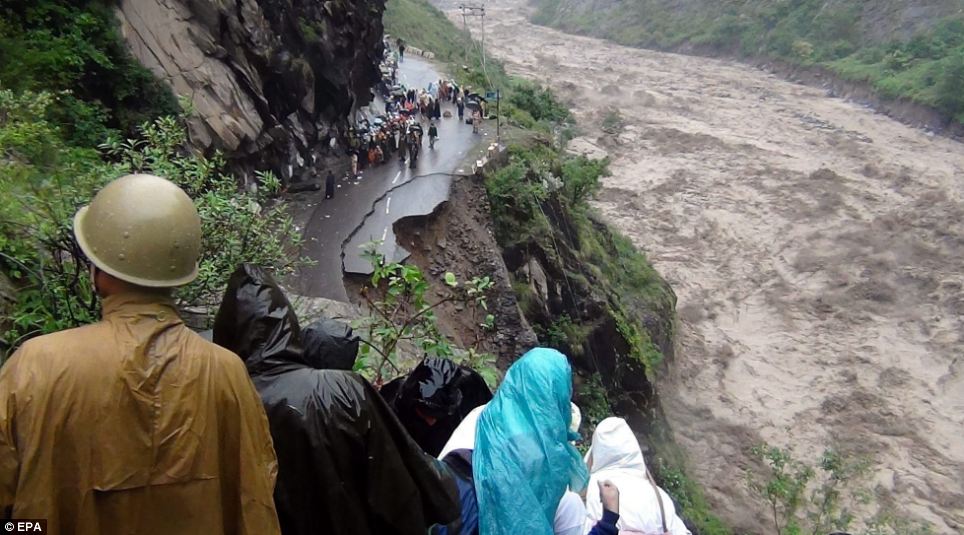 Thousands of residents across Uttrakhand have been left stranded as roads and buildings were swept away in front of them. 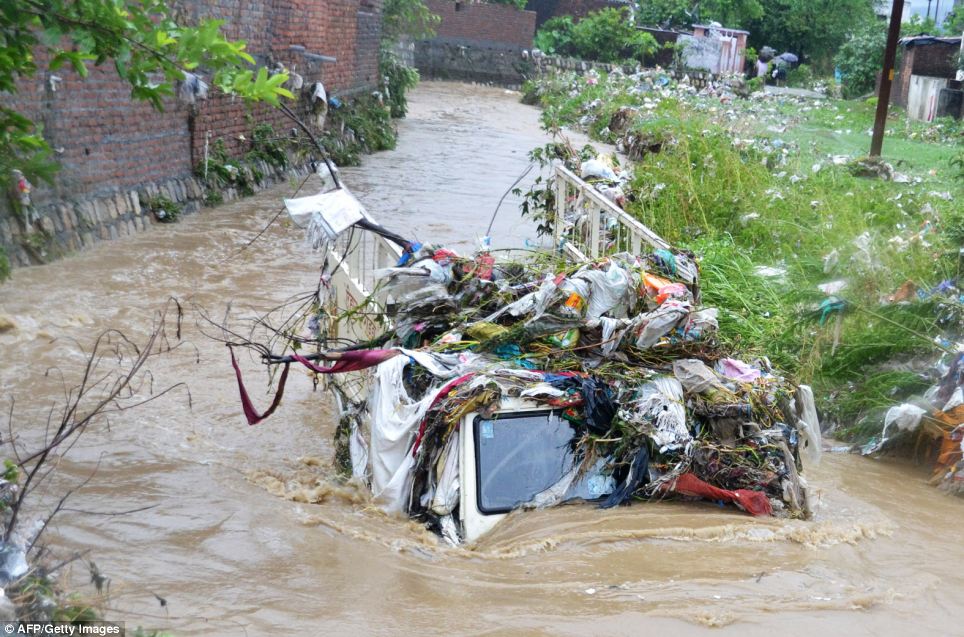 Heavy rains in the foothills of the Himalayas mean many residents have abandoned their homes and possessions. 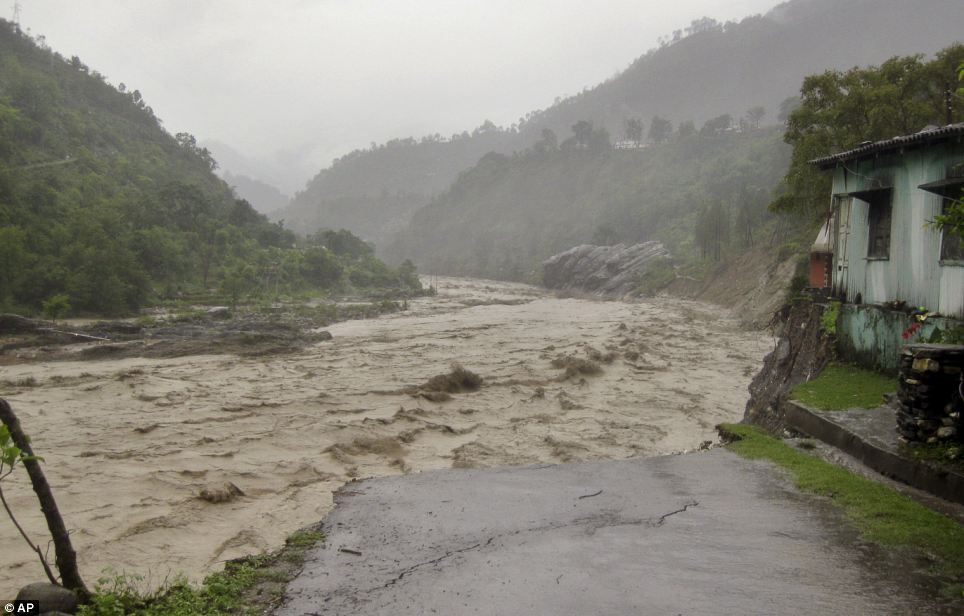 Casualty figures are expected to rise as the rains continue and missing people are accounted for. 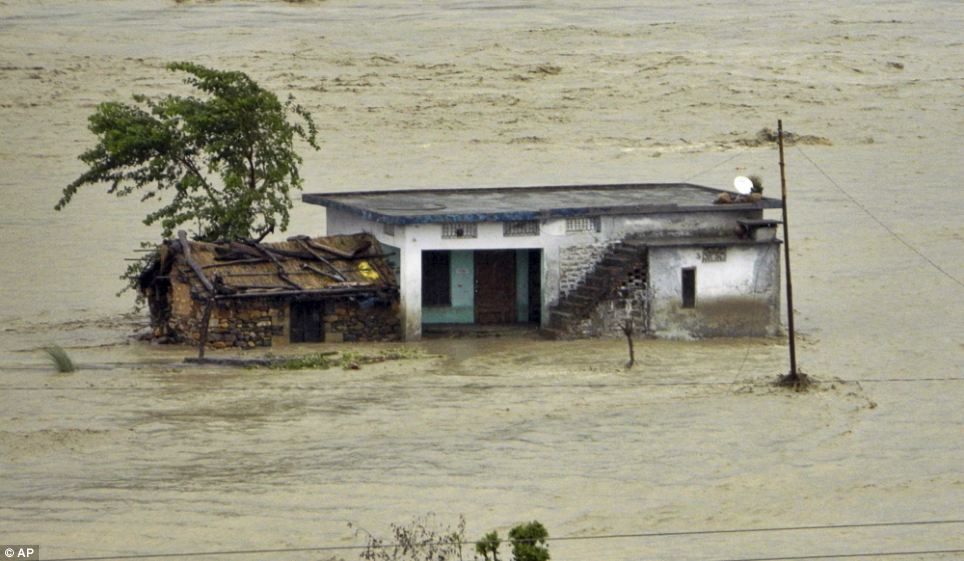 Authorities are preparing to evacuate people from the worst-hit areas to relief camps as many villages have become entirely cut-off. 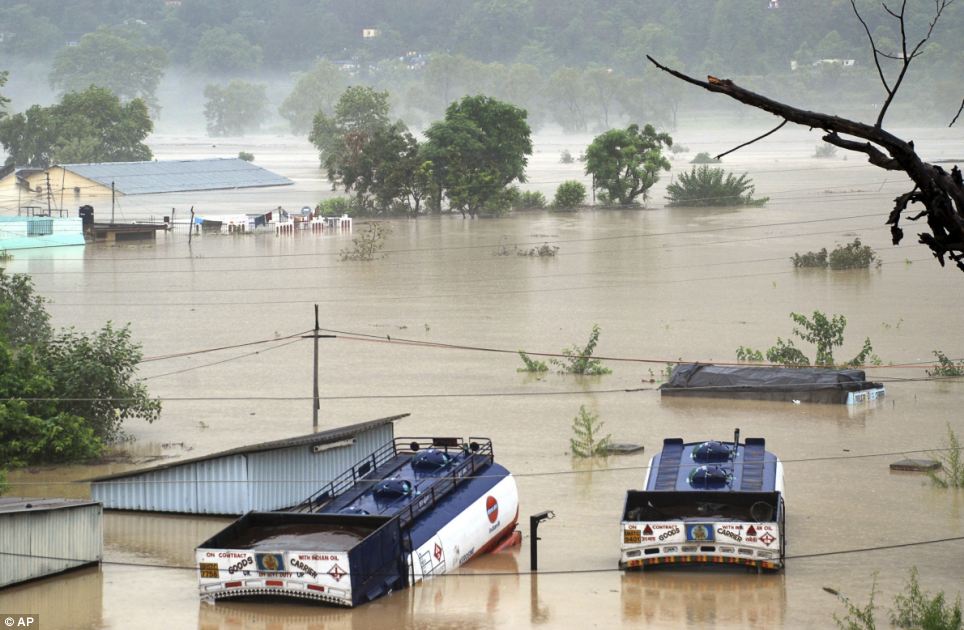 The strength of the current in the flood waters of the Bhagirathi River have swept along trucks and entirely submerged houses. 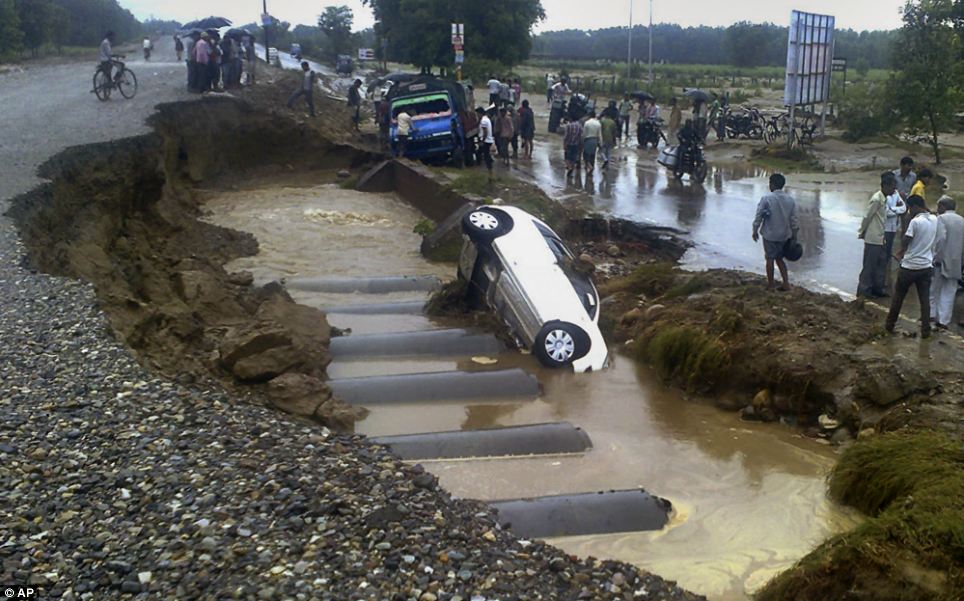 Even major roads have been struggling to cope with the amount of water, as rivers breached their banks. 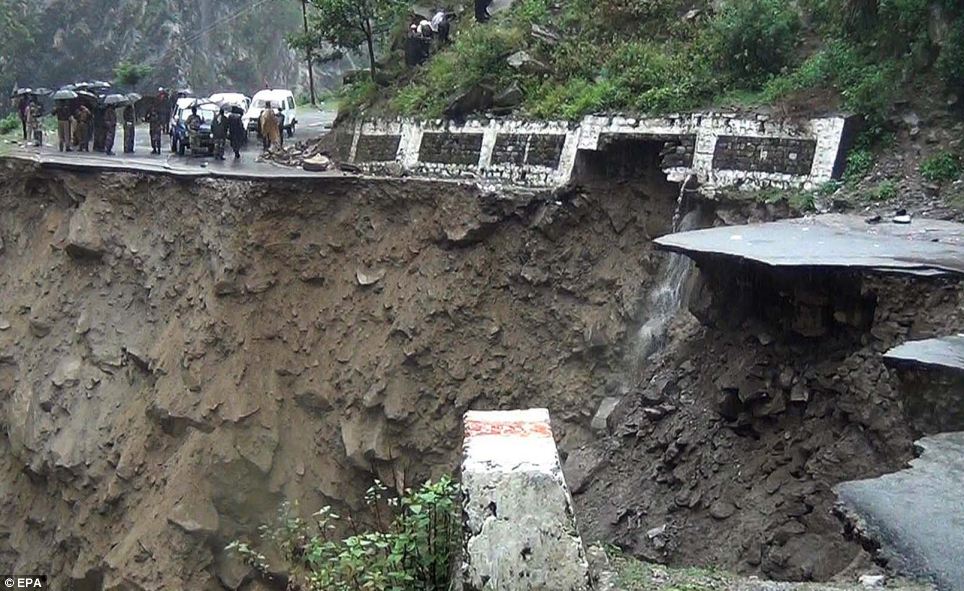 With the heavy rains expected to last another three days, emergency services will struggle to reach stranded residents in need of food and water. 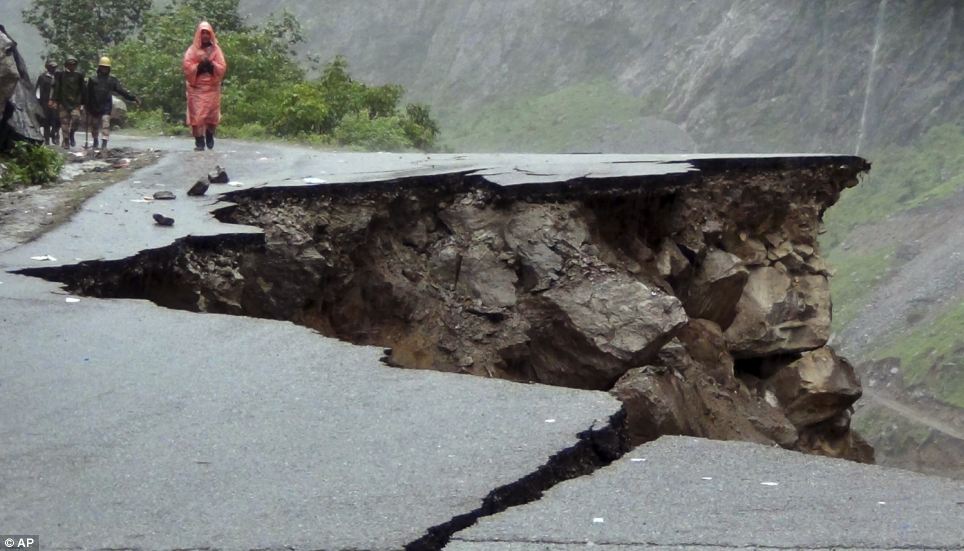 The army has tried to rescue residents in the worst affected areas but many routes are impassible from the flood damage.