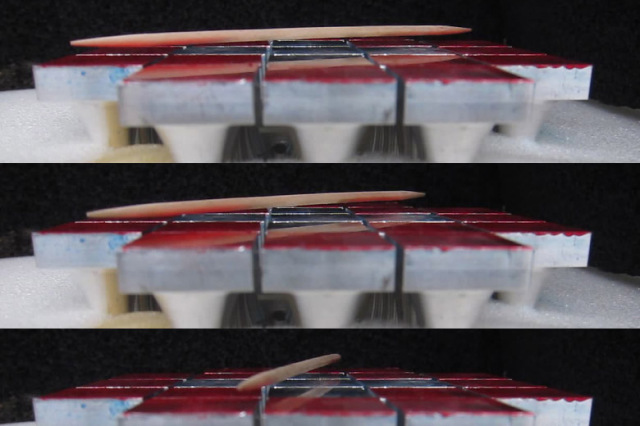 A toothpick floating in mid-air without any support? Weird, no? You probably also do not believe it, right? You probably think it involves hidden threads, magnets or other sleight-of-hand tricks from magicians. Well, no! The actual trick used by researchers at the Swiss Federal Institute of Technology in Zurich (ETHZ) is based on acoustic waves.

In their PNAS article, these scientists at the Laboratory of Thermodynamics in Emerging Technologies depict and describe how they were able to make objects such as particles and liquid droplets fly in mid-air by letting them ride on acoustic waves.

This is the first time that scientists have been able to control the movement of objects, merge droplets, letting them react chemically or biologically and even rotate a toothpick in the air.

About ten months ago, scientists at Argonne National Laboratory have discovered a way to use sound waves to levitate individual droplets of solutions containing different pharmaceuticals.