A giant canyon has been found beneath the ice sheet of Greenland.

The huge canyon is 800km long and up to 800m deep and was carved four million years ago by a huge river before the ice arrived. 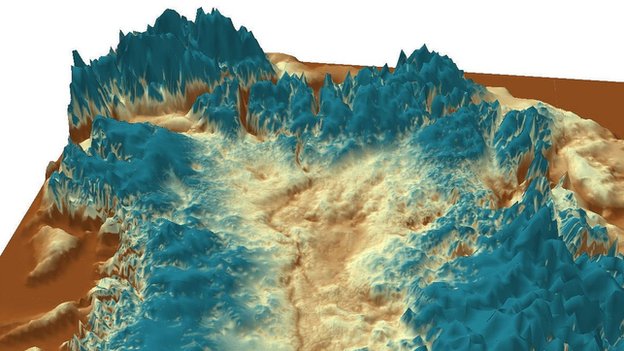 One of the biggest canyons in the world has been discovered unexpectedly beneath the ice sheet that covers most of Greenland.

The large crack was found by accident as scientists from the British Antarctic Survey were mapping Greenland’s bedrock by radar.

The giant canyon – which is 800km long and up to 800m deep – was carved out by a great river more than four million years ago, before the ice arrived.

Amazing to uncover such a gigantic geographical feature previously unseen.