Russians have sometimes weird ideas. And this is corroborated by the following video. 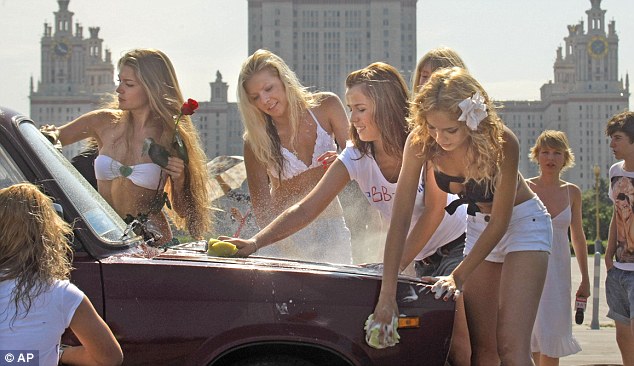 In a new campaign against a law change concerning car speed, the public organisation ‘Autodvijenie’ from Nizhny Novgorod in Russia hired women to strip down topless on a highway for persuading drivers to keep the speed limit. When these gorgeous women noticed a car rushing at a speed exceeding 60 km/h (40 mph), the maximum speed allowed in Russian cities, they raised road signs reading ’60’ or ’40’.

Did it worked out? Pretty much since most of the speeding drivers turned out to be men, who immediately slowed down to admire the bare female figures. But I would like to know how many accidents were related to inattention on this day.

This video has nude content (breasts) that can shock some people! Be aware!

This new law if accepted will mean drivers are only fined for exceeding the speed limit by 20 km/h, instead of the previously 10 km/h previously. Pretty bad if we consider Russian statistics: 203,597 road accidents occurred in Russia in 2012, in which 27,991 people died and 258,618 were injured. Additionally, Russian drivers broke the rules 59,617,222 times in 2012, very often by exceeding speed limits.