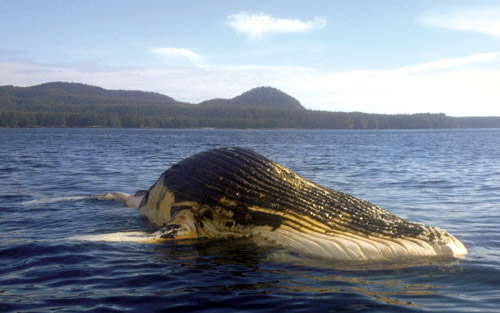 Did US marines started with their underwater trainings? A baby humpback whale was found dead near Sitka Alaska. Biologists are trying to determine the cause. (SOURCE)

Unknown cause for the mass die-off observed in a river called Chajoux in France. Although of unexplained source, the Federation of Fisheries decided to complain. (SOURCE)


Salmon die-off triggered by storm in Lake Koocanusa in Montana

A large storm may be the origin of a huge salmon die-off (up to 10’ooo pieces) in a Northern Montana lake. Here is the explanation about their death:

The storm front, accompanying winds and drop in atmospheric pressure allows the algae to mix with deeper layers. The kokanee ingest the algae, which includes some blue-green algae which is toxic to the fish, as they are feeding, according to a news release. The fish then become disoriented, come to the surface, their air bladders expand and they are unable to dive back to depth so the warm surface water kills them. (SOURCE)

A parasite-ridden pygmy sperm whale that beached itself early Wednesday is under examination after being euthanized. And experts say the good Samaritans who tried to help the animal may have exposed themselves to disease. (SOURCE)

Biologist say it is not avian flu. Lucky you! (SOURCE)

But why are animal dying along a river in Ouled Rabah in Algeria?

One cow, twenty goats and lots of fish were found dead along the river Itri. The source is mysterious.  Dead fish are whitish. People are getting scared, the water got polluted. Hope not for them! (SOURCE)

Strange: Capybara and panther die on same day at the Palm Beach Zoo in Florida 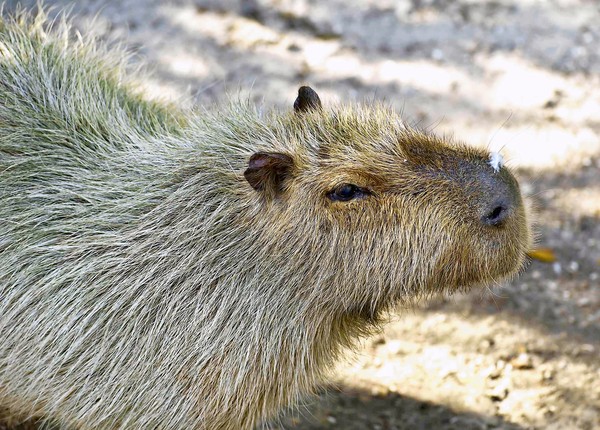 Well this does not arrive everyday! What happened? We do not exactly! (SOURCE)