The nightmare of Bayou Corne’s inhabitants continues! According to a Texas Brine official, the giant Louisiana sinkhole could double in size. 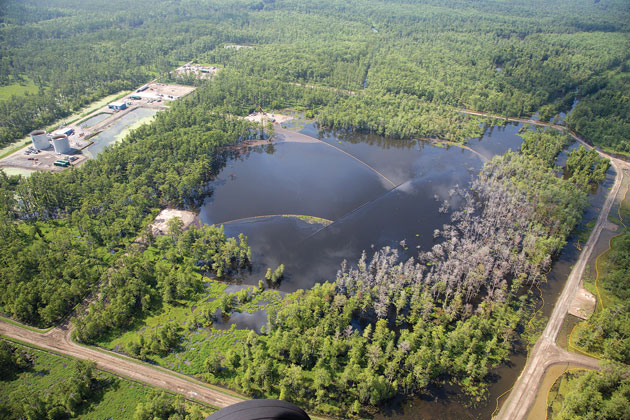 The sinkhole is at 26 acres right now. Mark Cartwright, president of United Brine, a subsidiary of Texas Brine, says the surface could get to 50 acres. The ‘good’ news is: It is moving in a southwest pattern, which is away from homes and the community.

“I think we’re relatively close to matching the volume inside the cavern with the volume we see at the surface. But because of precipitous edges, there will be come continued sloughing,” said Cartwright.