This two-headed calf has two heads, two snouts, four eyes, but only one brain. It would have been a twin if it had split properly inside its mother as an egg. 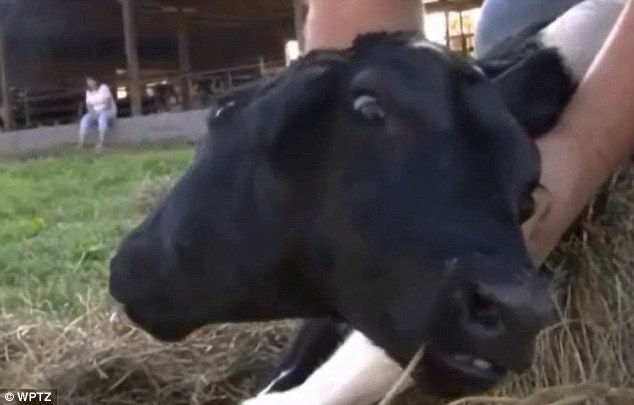 Amazingly, the polycephalic calf, which moos and eats with both heads, appears to be in perfect health. Animals with extra heads or limbs such as the turtle named Thelma and Louise and this albino milk snake have been born before, but it’s rare.