Thus, VLF radio signals tell a great deal of what is going on between the Sun and Earth. 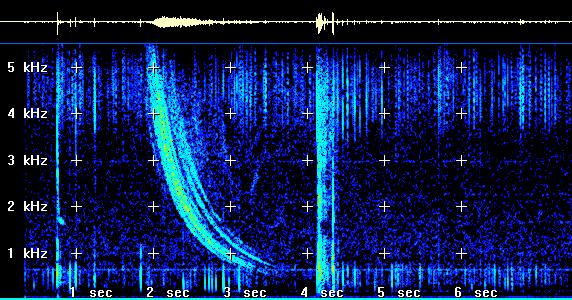 Natural VLF (very-low-frequency) Radio or “Natural Radio” are audio-frequency radio signals of Earth in the approximately 200 Hz to beyond 10,000 Hz (10 kHz) spectrum, which occur naturally in nature. The most-spectacular phenomena are heard between 400 Hz and 5 kHz.

This first video shows the difference between natural and human-made electromagnetic fields live.

VLF noises are produced by natural sky phenomena in Earth’s magnetosphere such as lightning storms, Earth’s magnetic-field, and the Aurora Borealis and Australis (Northern & Southern Lights) and thus are associated to spaceweather phenomena.

These weird atmospheric VLF radio signals tell a great deal of what is happening with Earth’s “near-space weather,” that is, what is going on between the Sun and Earth.

And do not be surprised, natural VLF Radio closely resemble biological/vocal sounds made by birds, frogs, whales, seals…

Depending on their source, radio sounds have different names among others: the creepy sferics (lightning-stroke static), the unexpected tweeks (reflected or delayed sferics), the odd whistlers, the incredible “Chorus” chirping, the strange barking and squawking radio “sounds” of the Sun’s solar-wind hitting Earth’s magnetic-field, the bizzare “Hiss” emissions, and other endless variety of fascinating radio sounds to listen to.

Listen to more of this mystic music of space here and there.