This post compiles a series of frightning videos of underwater explosion videos… And it makes you wonder if there was ever a tsunami that wasn’t actually a tsunami!

This first video was taken in a underwater rock quarry. And it caused a gigantic wave!

This footage is from operation Hardtack and this explosion is from an 8-kiloton nuclear bomb named Umbrella. Amazing, no… Nothing would resist this fury!

Just think that the operation umbrella bomb was an 8 kiloton yield. U.S.A. has weapons (possibly retired now?) that were in the 25 megaton range or 25000 kilotons. The russians detonated the Tsar bomb at 50 megatons. It was the most powerful nuclear device in the history of mankind. This video shows the original footage of the detonation.

And what about a tsunami bomb?

As it turns out, that idea was actually tested by the USA and New Zealand during the Second World War in a programme code named Project Seal.

So it might technically be possible, but it would take a heck of a lot of effort to pull off. 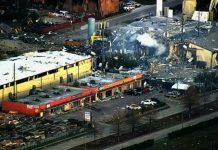 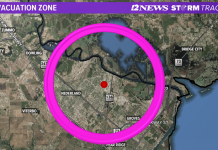 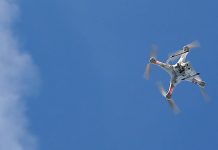