This would be almost a miracle! Imagine if a volcano was spewing millions of flower instead of lava. This would be so gorgeous!

Normally, cities and villages are covered by ashes after a large eruption. But this time it was different! The volcano released  flowers during its eruption!

I said it was a miracle: Indeed, it is a promotion video for the new Sony 4K TV. It was shot in a small village of Costa Rica.

It took the crew about two weeks to pluck all these colorful petals. 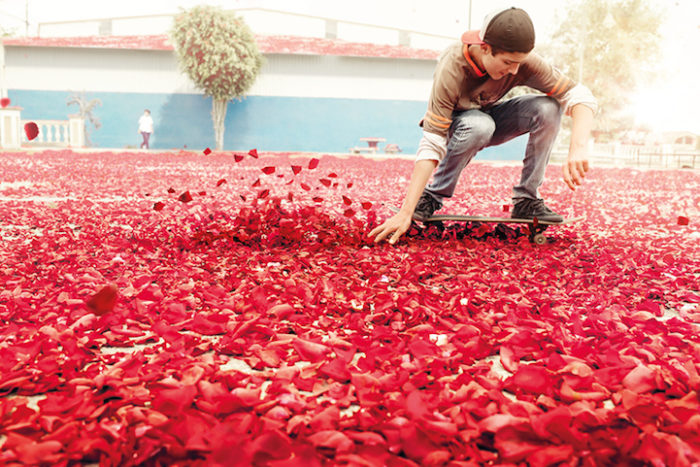 Imagine skateboarding in flowers after a volcanic eruption! Wow! by Nick Meek

I love it! But it is just a fairy tale! I would like nature to be sometimes more gentle with us!