The mega-storm left 8,000 homes without power. But the pictures and videos of this terrifying storm engulfing Sydney are stunning!

Watch these mesmerizing pictures and videos of the apocalyptic shelf clouds engulfing Sydney on October 13, 2014:

A severe widespread storm hit Sydney in spectacular style. Look at this shelf cloud… It extends across the entire metropolitan area.

The storm hit Sydney’s western suburbs at 6pm, before rain, hail and wind lashed the CBD at 7.15pm. 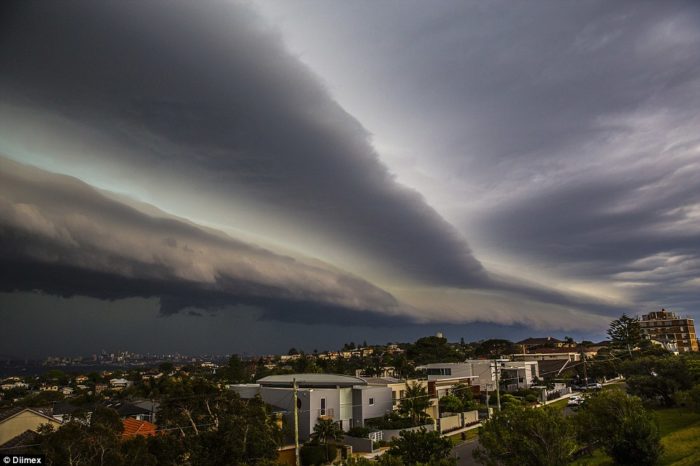 8000 Sydney and Central Coast homes have been left without power due to the heavy storm.

Sydney and surrounding regions warned to expect serious thunderstorms and winds overnight and on Tuesday. 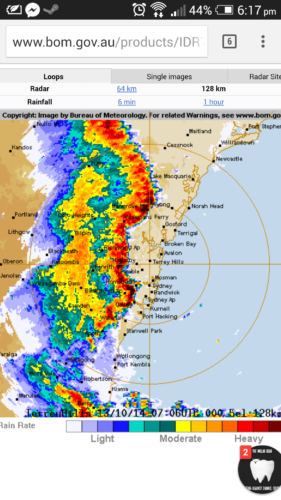 A power surge has caused ‘mayhem’ for Sydney commuters, with trains on North Shore Line ordered to evacuate.

Storm season in Sydney is well under way. And I love this! Watch some more videos below!

Storm rolling in over Sydney Harbour:

Before the storm really hit, the thunderheads over the Sydney CBD skyline: