Thousands of black mussels have washed up on Rodderg Beach in South Africa!

Black mussels prefer water than sand… Where they actually die! 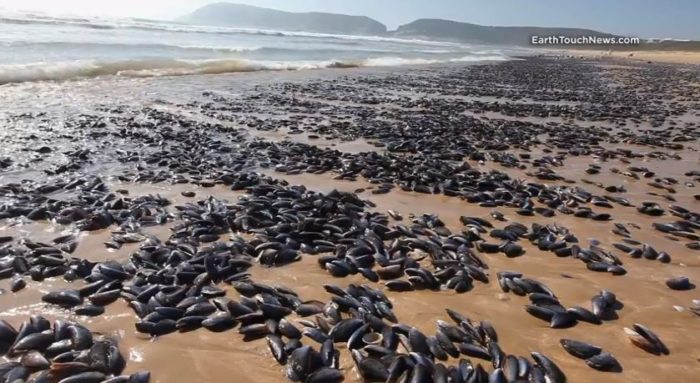 Unexpectedly, hundreds of thousands of black mussels washed ashore on a beach in Plettenberg Bay, covering a 325-yard section. That’s a mass die-off!

This mass stranding is so huge that it left officials and scientists baffled! Scientists first postulated a harmful red tide as source for the mass kill. However, there is no sign of such a phenomenon.

Look at this massive mussel beaching:

Another explanation was dislocation by strong and heavy seas. A similar event indeed happened in November last year in the same spot, as large swells and currents broke beds of mussels off the reef. Again hundred of thousands of mollusks washed up on the beach.

Do you know what is this terrifying fish found on a South African beach?