Underground electrical explosions have increased over the last months around the world.

Just on February 2, 2015, five explosions knocked out power, killed and injured in the USA, Europe and Australia. Here a compilation of these creepy news stories!

Manhole blow up after underground electrical explosion in Brooklyn

And a man is “lucky to be alive” after he was smashed in the head by a flying manhole cover near Prospect Park in Brooklyn. A fire and a massive boom were reported around 11:20 a.m. Monday. A 93-year-old neighbor was cut across her forehead when the underground explosion shattered a window in her apartment.

An apartment building in Manhattan was evacuated Monday evening after a nearby manhole explosion sent smoke into the building at about 5:30 p.m., raising carbon monoxide levels inside. Is this weather related? As explained by Jumping Jack Flash, similar events were happening all this past spring, summer and fall. So I doubt it too!

And another in Michigan followed by blackouts

The underground explosion created a loud bang and knocked out power to 500 homes in the area. The cause of the underground cable fault is unknown. Officials add that incidents of this nature are extremely rare. But actually looking at the statistics, they are on the rise in the UK. In 2013 there were 135 incidents of manhole fires, up from just 32 in 2010. Last year more than 150.

At least two people were killed and two others suffered critical burns in an explosion at a shopping mall in Perth, Western Australia. The cause of the explosion is unknown but lightning from a severe electrical storm has been ruled out.

Yes! warning, there is an alarming and mysterious rise of flying manholes and blasts caused by underground cable or transformer explosions! Could they be related to a moving Earth? 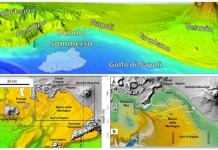 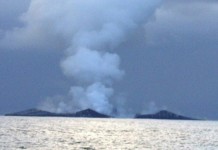 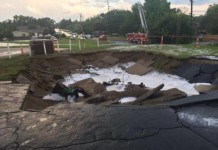 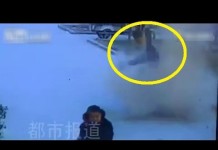 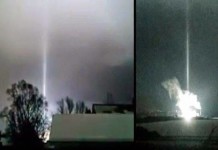 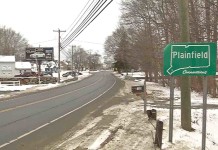 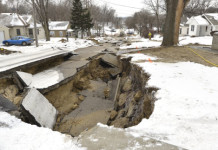 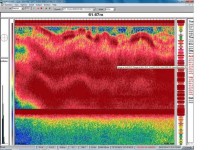 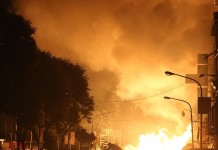 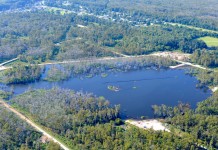