Earth is a natural radio. Plasma waves coursing through the magnetosphere produce a symphony of “tweeks,” “whistlers” and “sferics.”

On March 17th, the auroral chorus symphony reached fever pitch and was recorded as far south as Texas! Yes, this was an intense geomagnetic storm!

Now click on the image below to listen to the chorus: 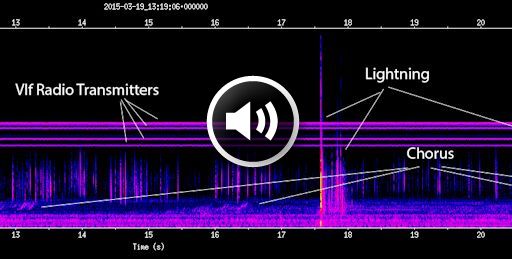 Yes aurora chorus signals have been detected as far south as Texas underlining the insane intensity of that particularly strong magnetic storm. Can you imagine?

Readers who wish to monitor Earth’s natural radio emisions for themselves can buy a NASA VLF radio receiver kit from the INSPIRE project. It’s a fun project for scientists of all ages.