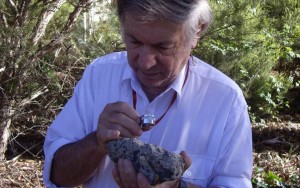 This meteorite impact zone in Australia may be the largest ever found.

The impact zone discovered in the Australian outback – about 300 million years old – is double the size originally thought, making it the largest ever discovered.

The Warburton Basin crater site was discovered in 2013. It is a 400-kilometre wide crash site, which is now believed to have been caused by a meteorite that broke into two before slamming into the ground.

Imagine such an asteroid impact right now! We would probably feel it on the other side of planet Earth!

Bright fireball explodes over Texas in loud bang so powerful it shook some houses – Another fireball changes night into day in Norway! And...

Astronomers have just discovered a comet so big, it might actually be a minor planet