A tornado struck the town of Xanxerê, Brazil, killing at least two people and leaving more than 1,000 homeless.

Moreover, about 200 people were injured. A real catastrophe!

Watch these amazing pictures and videos about this scary weather phenomenon. About 500 homes were damaged in this city situated in the state of Santa Catarina.

Based on the photos available, the tornado was between F2 and F3. But still makes a lot of damage.

According to scientists, tornadoes are most common in the southern part of Brazil where the city of Xanxerê is located.

Brazil sees most of its tornadoes from September through May – spring, summer and fall. 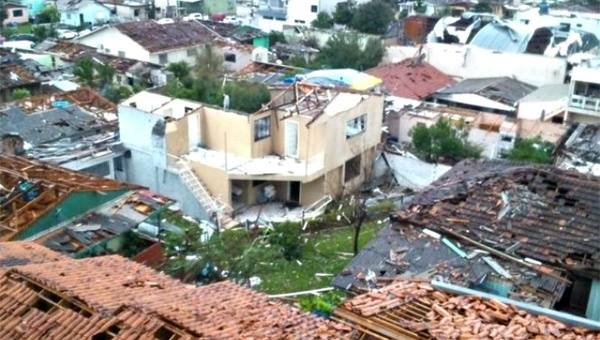 The Brazilian city of Xanxere was destroyed by 30%, is without light, and 1,000 people had to leave their homes. Terrifying!