Earth’s April showers include the Lyrid Meteor Shower when the Earth makes its annual passage through the dust stream of long-period Comet Thatcher. 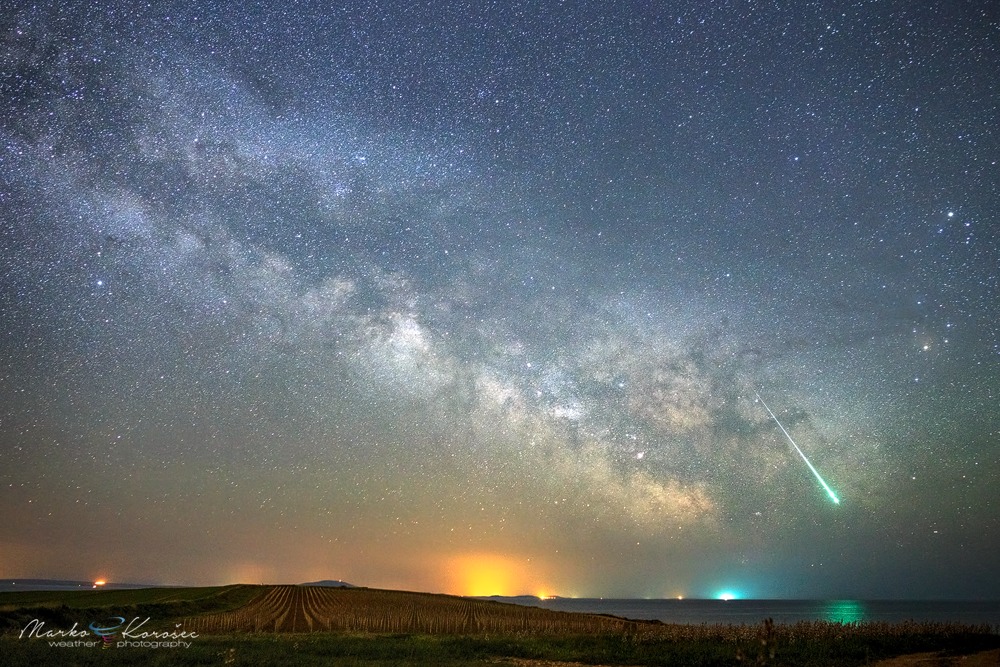 The fireball’s trail points back toward the shower’s radiant in the constellation Lyra, off the top of the frame.

To the right of the Milky Way’s bulge shines the yellowish giant star Antares and near the right edge of the frame the bright planet Saturn.

Captured from Istra, Croatia, by Marko Korosec, the Lyrid meteor’s greenish glow reflects in the waters of the Adriatic Sea.