Louisiana’s wetlands are famously disappearing, thanks to a century of dredging and drilling in the Mississippi River.

Although a football field-sized swath of land falls into the ocean every hour, the land is actually growing at Atchafalaya Bay.

The above GIF image shows presents Atchafalaya Bay in 1984 and 2014. A necklace of barely visible islands morphs into prominent chunks of land. The mouths of two rivers, the Atchafalaya and Wax Lake Outlet, grow substantial deltas. By one estimate, the deltas have added one square mile every year.

That’s not nearly enough to offset the destruction of Louisiana’s coastline, of course, but it does beg the question of what’s special in Atchafalaya Bay and how can we apply that to saving the Mississippi River delta.

[quote_box_center]The key reason is that the Atchafalaya delivers sediment to the coast at a pace that allows it to settle into shallow water and to maintain marshes. In contrast, an extensive series of levees keep the Lower Mississippi’s water flowing in a narrow channel that whisks water and sediment past natural floodplains. Instead of building new land along the mouth of the Mississippi, the controlled river sends jets of sediment-rich water directly into the relatively deep waters of the Gulf of Mexico and toward the edge of the continental shelf.[/quote_box_center]

The Mississippi River is still flowing today, but its delta is disappearing. And new land is growing on the Louisiana coast to counterbalance human activities! Awesome! 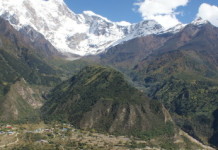 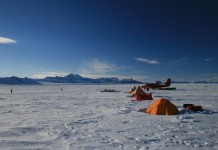 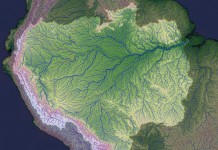 Earth Oddity: The Amazon River Once Flowed In The Opposite Direction 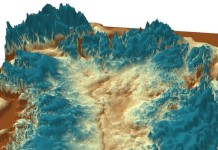