Right now, millions of baby lobsters are covering the beaches around Tijuana!

Some scientists believe it is El Nino, other say there is no clear explanation for the mass stranding! 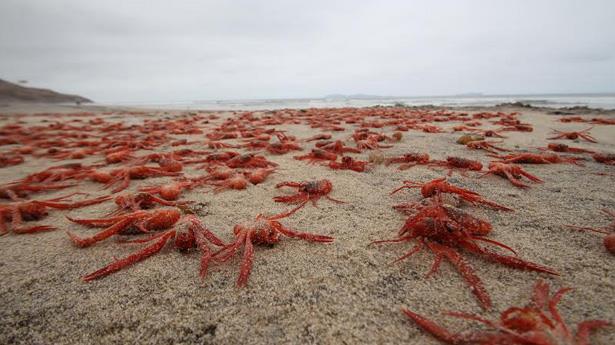 Millions of red langostillas or pelagic red crab were dropped by the sea off the coast of Baja California, between La Perla and El Vigia. 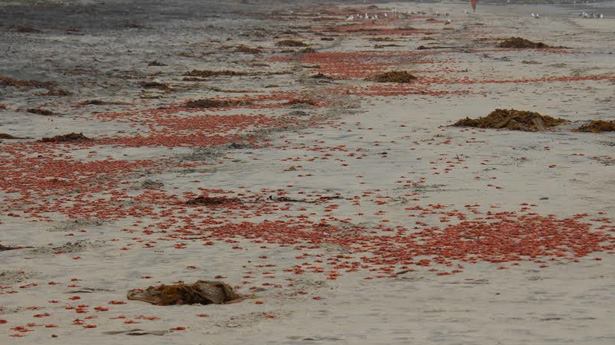 The municipal police, firefighters and residents are returning the lobsters that are still alive to the sea. 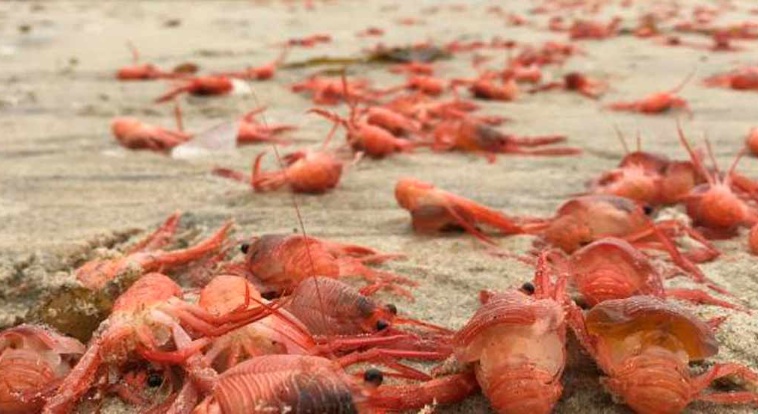 According to activists, this mass stranding could reach approximately two and a half million of crustaceans. 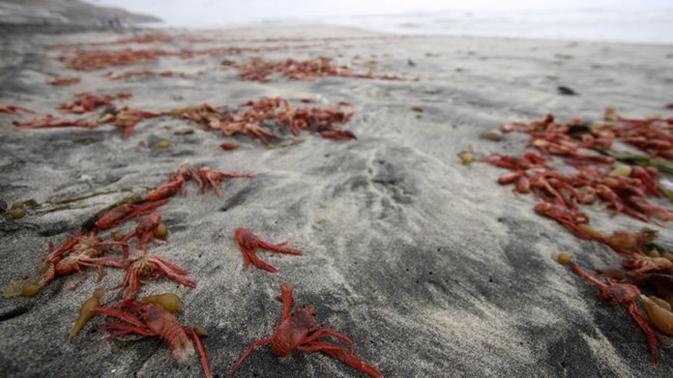 Some scientists believe this crab mass die-off is linked to El Niño. However,others say there is no clear explanation about the mass die-off.