This enormous landslide appears to be a very unusual, and apocalyptic event!

About 60 families were evacuated after the 20-kilometer-long and one- kilometer-wide glacier devoured their land. The volume of the collapse is 500 million cubic metres, and the deposit is 20 – 50 m thick. That gigantic! 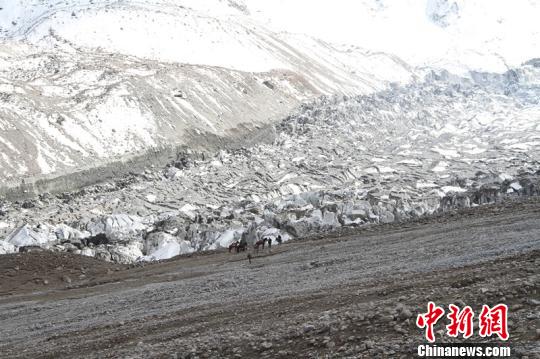 The glacier collapse occurred on May 16, 2015 in China’s Xinjiang. Local government said:

[quote_box_center][the enormous landslide] buried more than 100 cattle, crushing dozens of houses and damaging 1,000 hectares of grassland. However, no casualties has been reported after the Kongur Tiube glacier slide.[/quote_box_center] 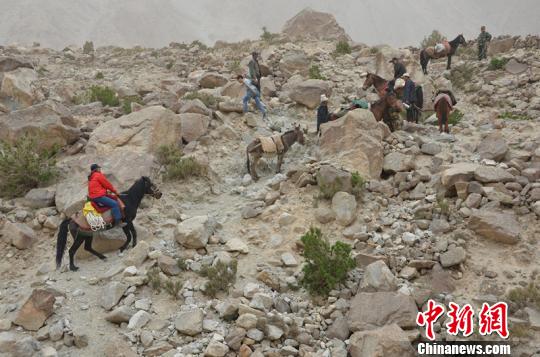 According to another source, the volume of the glacier collapse approaches 500 million cubic metres, and the deposit is 20 – 50 m thick.  Enormous!

Now the small grassland basin is covered by ice which has melted into a sort of giant iceberg.

Although the causes of this apocalyptical event is unknown, the main factor may be global warming, resulting in glacier melting and glacial crevasses formation. Although far from the epicenter of the Nepal’s earthquakes, they may also have helped this tremendeous glacier collapse.