Bellandur Lake is so polluted that it is covered by about four-feet-high polluted froth.

But now, that froth – due to some chemical reaction between the toxic effluents – has started to burn.

Bellandur Lake is a heavy polluted water body on which about one meter of froth is accumulating since a month. And sometimes, this water erupts into flames:

The last fire was reported in February 2017:

On May 16, 2015, this disgusting froth started to burn sponteneously! Yes! This is the first time in the area that froth or debris on top of the lake was reported to have instantaneously combusted:

According to pollution specialists, methane that had accumulated on the highly polluted water body combusted spontaneously:

We believe it is because of methane build up along the surface. Sewage has been following into the lake, and a layer of oil and froth – which is caused by accumulating chemicals from detergents and cleaners – had formed. In one area, methane gas had started to accumulate within the froth. This is a highly combustible gas, and it must have caught on fire. 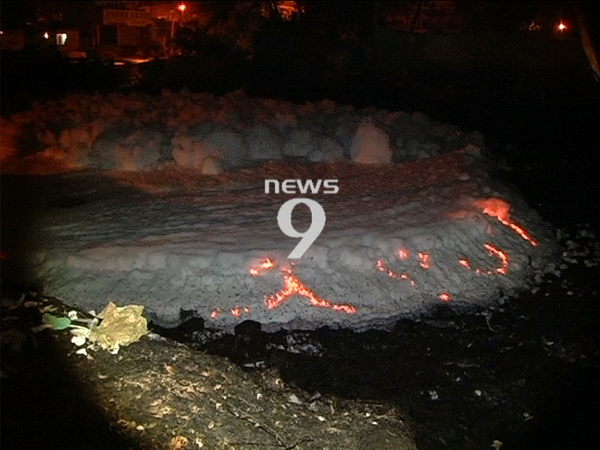 Such a level of pollution is crazy! I wonder if they also have to drink from this water reservoir!