The widescale plasma cloud does not appear to have an Earth directed component due to its non geoeffective positioning. 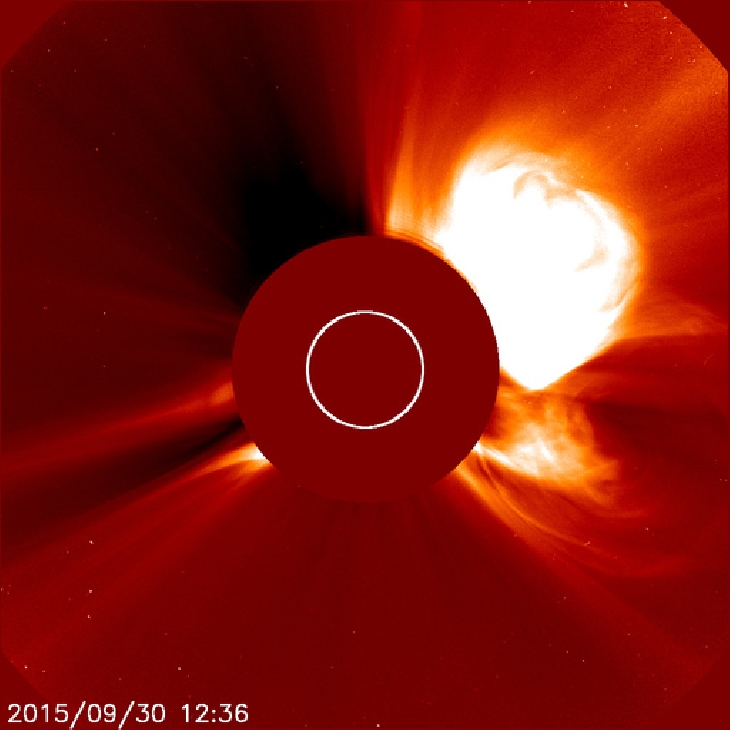 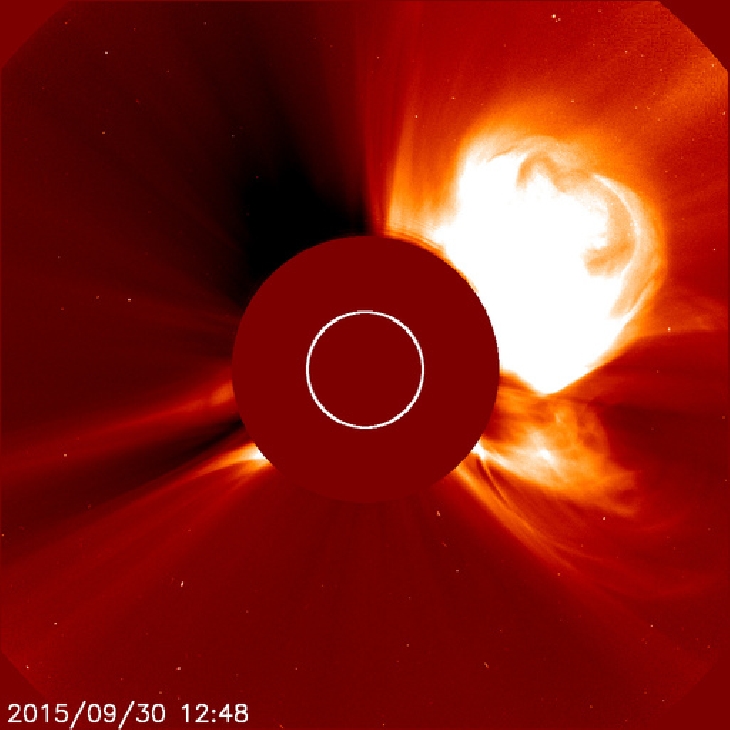 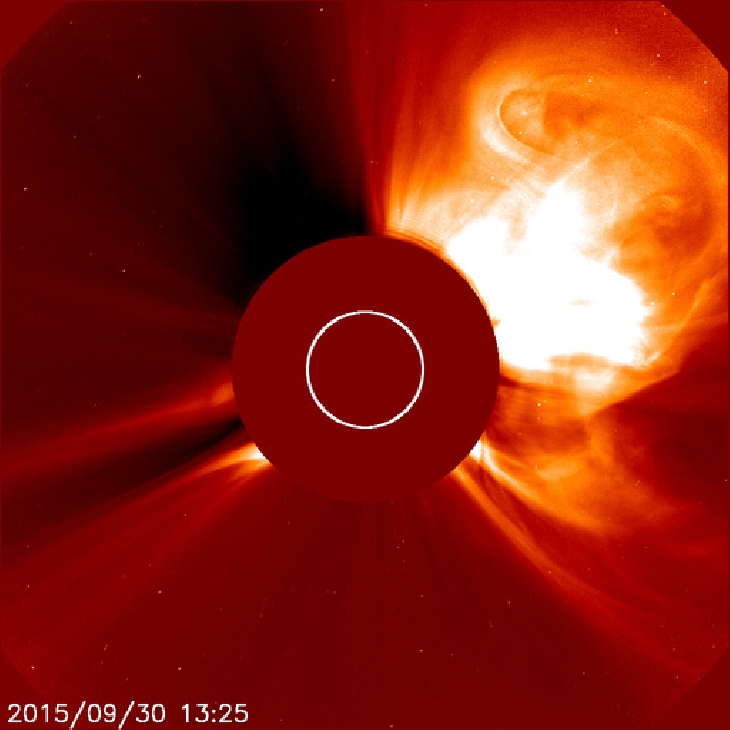 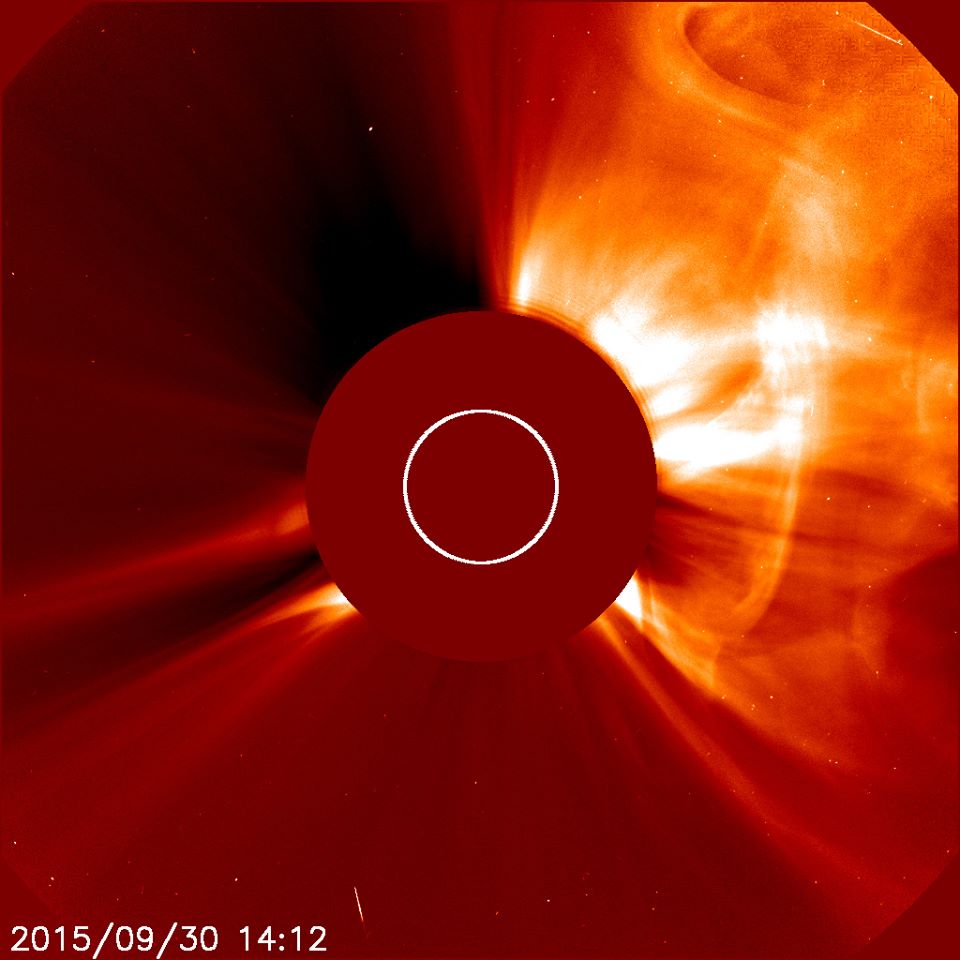 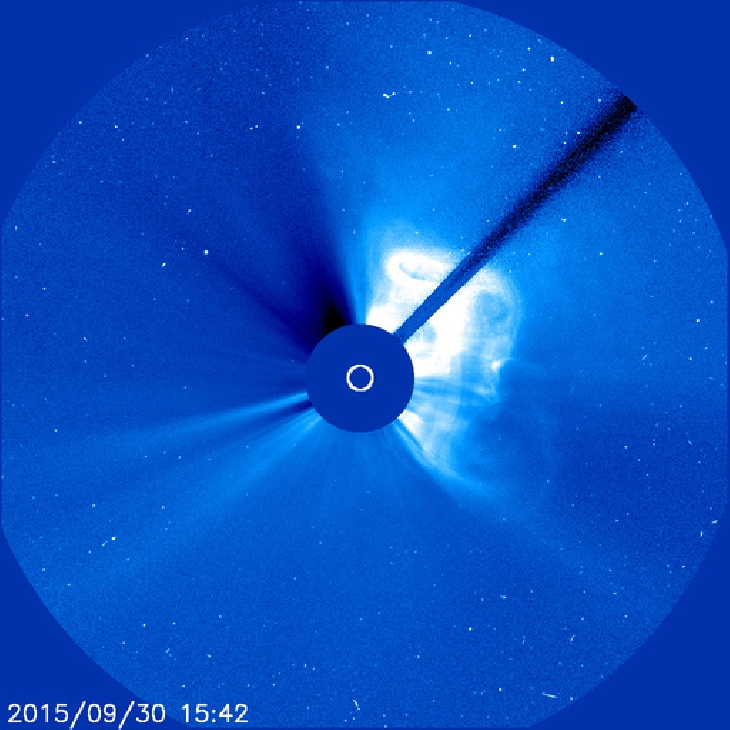 Pictures from LASCO, found on SpaceWeather and SolarHam.

Had this been directed towards Earth, major geomagnetic storming would have been likely.

Major flare warning! Sunspot AR2860 is big, angry, and facing Earth… If current trends continue, a major X-flare could be in the offing